Salt Lake Tribune (June 28, 2018): "A 300-pound daughter, a white missionary mimicking a Japenese accent--while some say this satire about Utah can go too far, one co-writer has no regrets"

Salt Lake Tribune (July 6, 2018): ""Saturday's Voyeur' at 40 shifts from nostalgia to anger to strong laughs as it critiques LDS patriarchy"

CYNTHIA FLEMING (Director, Executive Artistic Director) has been in the world of dance and theatre professionally for over 38 years, during which time she performed in the Broadway, National and International companies with A CHORUS LINE. Since 1995 she has worn many hats at SLAC, including Choreographer, Director, Box Office Manager and Director of Audience Services. She developed SLAC’s high quality customer service titled: Mayberry meets Space Odyssey, which is the foundation for the record breaking number of subscribers. She conceived and created the position of Director of Communication and Audience Development and assembled the communication team to generate a renewed energy and excitement about the theatre. In 2010 she became Co-Executive Producer and is now honored to be SLAC’s Executive Artistic Director. Cynthia remains a working artist in the theatre and has choreographed many SLAC productions including SATURDAY’S VOYEUR for 15 years and directed/choreographed this musical for 6 years. Cynthia is proud to serve SLAC and its mission to engage and enrich community through brave contemporary theatre.

MICHAEL LEAVITT (Music Director) a native of Las Vegas, is returning to SATURDAY’S VOYEUR for his third year. As a graduate student in Collaborative Piano at the University of Utah, Michael is a vocal coach, accompanist as well as musical director in the opera, choral, and musical theater departments. Recently, Michael wrote a new one-act opera setting of CHARLES DICKENS’ A CHRISTMAS CAROL which premiered at the Grand Theater performed by the University of Utah Lyric Opera Ensemble. As associate conductor, Michael worked with Tony award winning soprano Audra McDonald for the Hale Center Theater Orem’s production of 110 IN THE SHADE. In addition, Michael has been the pianist, music director, and/or conductor for many musical theater and opera productions including: SPAMALOT, PERDITA, CANDIDE, L’ELISIR D’AMORE, TROUBLE IN TAHITI, DIE FLEDERMAUS, AMAHL AND THE NIGHT VISITORS, LE NOZZE DE FIGARO, SMOKEY JOE’S CAFE, OKLAHOMA, AIDA, GUYS AND DOLLS, and more.

AARON ESKELSON (Choreographer) is a recent graduate from the Musical Theatre Program at the University of Utah. Choreography credits include And Here We Are: A Senior Project, You Never Can Tell and Jesus Christ Superstar (University of Utah.) Acting credits include Saturday’s Voyeur (SLAC); Seven Brides For Seven Brothers (Hale Center Theatre); JUST DANCE (Lagoon); Beautiful Game, Hello Dolly and A Funny Thing Happened On The Way To The Forum (University of Utah.) I want to thank the entire team at SLAC for this opportunity, and my friends and family for their continuous love and support. Namaste.

JESSE PORTILLO** (Lighting Designer) is happy to return to SLAC for his ninth season. Previous SLAC productions include HIR, THE TRUE STORY OF THE THREE LITTLE PIGS, DIARY OF A WORM, A SPIDER AND A FLY, CLIMBING WITH TIGERS, STREET LIGHT WOODPECKER, TWO STORIES, RED, THE PERSIAN QUARTER, HOW TO MAKE A ROPE SWING, and A YEAR WITH FROG AND TOAD. Other design credits include productions for Plan-B Theatre, Utah Festival Opera and Musical Theater, Pioneer Theatre Company, Arizona Broadway Theater, Samba Fogo, Egyptian Theatre Company, LOOK Musical Theatre, Idaho State University, Baylor University, Millikin University and Mobile Opera. Portillo holds an MFA in Lighting Design from Indiana University, and is an Assistant Professor at the College of Charleston. He is a member of the United States Institute for Theatre Technology and United Scenic Artists Local 829.

MICHAEL J. HOREJSI (Set Designer) is excited to be returning to SATURDAY’S VOYEUR for his third year! He is on Faculty in the Department of Theatre at The University of Utah, he has an MFA in Design and Technical Theatre from The University of Minnesota, and extensive national and international touring experience with arena and theater shows, as well as sporting spectaculars such as The NBA All Star Jam Session and The USA Swimming Olympic Trials. Michael has worked as a technician and designer for theatres including; Oregon Festival of American Music, The Guthrie Theatre, The Milwaukee Repertory Theatre, American Players Theatre, The History Theatre, and others.

HEIDI ORTEGA (Costume Designer) is currently Associate Professor of Costume Design for Murray State University in Murray KY. She earned her Master of Arts Degree in Theatrical Design & Production from Humboldt State University and her MFA in Costume Design at Virginia Commonwealth University. She has been designing for over 20 years across the country, and even in Beijing China! She designs for film, theatre, dance & for the Jr. Miss America Pageant. She loves coming back “home” each summer and being a part of the Voyeur party! A few of her favorite shows over the years include: HAIR (Egyptian Theatre), A MIDSUMMER NIGHT’S DREAM (YouTheatre at Egyptian Theatre Co.), ANTIGONE (Traveled in KY and IN), VOLUME OF SMOKE (World Premiere, VCU), A FLEA IN HER EAR & THE JUNGLE BOOK (MSU). SMASH & PLAYING FOR TIME (Westminster), AN EVENING OF DARIO FO & FRANCA RAME (HSU), and THE UNDERPANTS (Redwood Curtain Theatre). She couldn’t do it without the love of her wonderful husband Daniel and the joy she gets from her delightful children. Thank you Mica and Guadalupe for always giving me hugs when I need them!

ERIN SIMS (Projection Design) is delighted to be making her solo design debut at SLAC. Her recent design credits include AND HERE WE ARE (University of Utah), and THE LITTLE MERMAID (Wasatch Junior High School). Her assistant credits include SATURDAY’S VOYEUR 2017 (SLAC), and BRING IT ON (University of Utah). Erin graduated this May from the University of Utah with a BFA in Art, with an emphasis in Graphic Design and a minor in Drawing. She plans to attend graduate school to pursue a MFA in Projection Design. She would like to thank her parents and David for their support in all her creative endeavors.

MAXWELL SELTENRICH (Sound Design) has worked on and off for Salt Lake Acting Company since 2012. He has worked as an electrician, carpenter, audio engineer and audio consultant.  He is the Assistant Technical Director for Park City Institute as well as working as a Technical Director for the Salt Lake County Center of the Arts. Maxwell also works as a live audio engineer for many of the local Salt Lake based live audio companies and venues.

JANICE JENSON* (Stage Manager, Producing Director) has worked at Salt Lake Acting Company for the past 6 years as stage manager, Company Manager, and Associate Producer and currently serves as SLAC's Producing Director. Janice is a proud member of Actor’s Equity Association and has stage managed over twenty shows at SLAC, including the last six SATURDAY’S VOYEUR’s. Previously, Janice has worked at Park City’s Egyptian Theatre, Dark Horse Company Theatre, Plan-B, and Tuacahn Center for the Arts. In 2008 Janice was selected as a USITT Stage Management Mentee, where she stage managed THE HISTORY OF DRAG. Janice is a graduate of BYU in Theatre Arts Studies and recently graduated from Westminster College with her Masters of Community Leadership.

DAVID ANTHONY-KEN DE CAROLIS (Assistant Lighting Designer) is happy to be returning to SLAC. He is a recent graduate of the University of Utah where he studied lighting design. His past design credits include AS YOU LIKE IT (Studio 115), ARCADIA, DOGFIGHT, and YOU NEVER CAN TELL (Babcock). David has assisted on PETER AND THE STARCATCHER, IT HAPPENED ONE CHRISTMAS, and THE ROCKY HORROR SHOW at Pioneer Theatre Company, and Three Little Pigs (SLAC). He would like to thank his parents, Emily, and Erin.

MARTIN C. ALCOCER* (Assistant Stage Manager) is excited to be back at SLAC! He graduated this past May from the University of Utah with a BFA in Stage Management. Previous credits as Assistant Stage Manager include SATURDAY'S VOYEUR 2016 and 2017 (Salt Lake Acting Co), THE COUNT OF MONTE CRISTO, OLIVER, NEWSIES (Pioneer Theatre Company), and HELLO, DOLLY! (UTheatre). Recent Stage Management credits include STEEL PIER, THE TWO NOBLE KINSMEN, SELF DEFENSE… (UTheatre), and TWELFTH NIGHT (Salt Lake Shakespeare. He also has interest in lighting and has recently acted as Lighting Designer for OUR COUNTRY’S GOOD, LOVE’S LABOUR’S LOST (UTheatre), and HOW LONG CAN YOU STAND ON THE TRAIN TRACKS… (Sackerson/Flying Bobcat). He would like to thank his friends, family, and girlfriend for their continued support.

MIKKI REEVE (Assistant Choreographer) graduated this spring from the University of Utah with a BFA in Musical Theatre. Recent roles include Rita Racine in STEEL PIER (MCD), Ensemble in MAMMA MIA (PTC), Pontius Pilate in JESUS CHRIST SUPERSTAR (Studio 115), and Marcy in DOGFIGHT (Babcock). She thanks her incredible parents for their unwavering support and her friends for inspiring her everyday. Enjoy the show!

SPENCER KELLOGG (Saxophone & Woodwinds) is so excited to be back at Salt Lake Acting Company for SATURDAY’S VOYEUR! Spencer is a multi-instrumentalist specializing in the woodwind and guitar families. During the academic year, Spencer works at the McKay Music Library in the School of Music at the U of U. When he's not playing music, his zen moments are on a motorcycle in the mountains.

NICK FLEMING (Guitar) is excited to be back in the SATURDAY’S VOYEUR band for his second year. In addition to playing guitar in last year’s SATURDAY’S VOYEUR, he also works here in the offices at Salt Lake Acting Company. When he’s not putting his skills to good use at SLAC, you can find him shredding all around the West Coast with his other bands, Wicked Bears and Show Me Island. You can find them on Spotify or your favorite music streaming service. 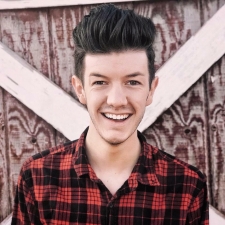 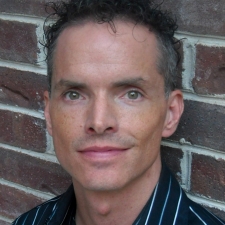 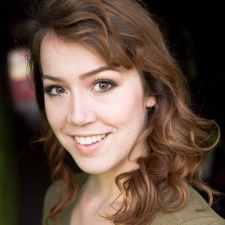 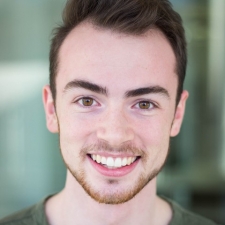 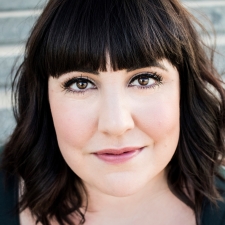 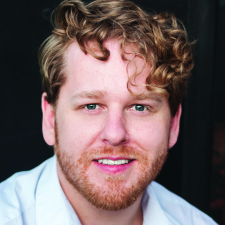 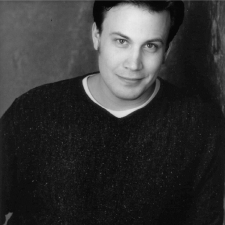 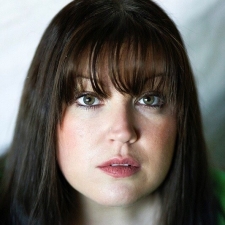 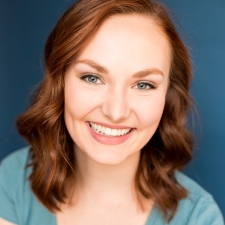 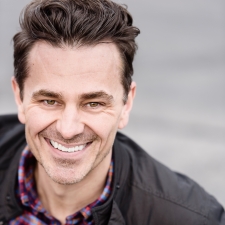 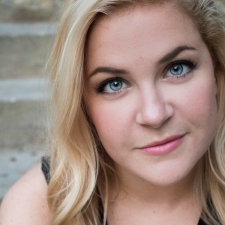 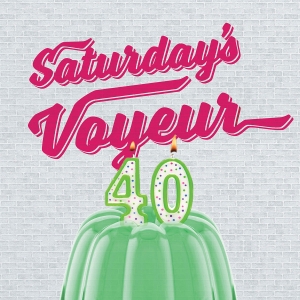