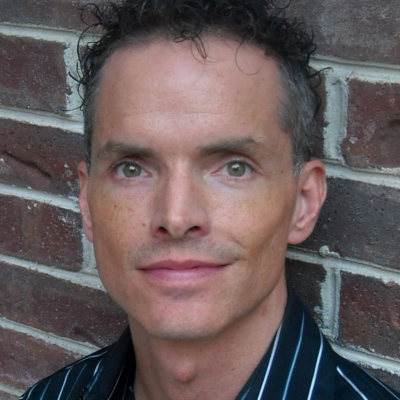 Eric Lee Brotherson* is celebrating his 20th year in Actor's Equity, and is thrilled to be in his 3rd Voyeur at SLAC, having performed in it last year as Jason Chaffetz.  In his career, Eric has performed in 25 countries, 45 states, and over 100 cities worldwide. He has performed from rural casinos to Lincoln Center to European opera houses. He has choreographed, taught voice and dance, and coaches privately. He currently is a Special Education teacher. He graduated with honors in the social sciences and English, but has remained in the arts because he believes in the sacredness of storytelling. His proudest moments on stage were as Tugger in the NW Premiere of CATS, as Mike in Pioneer's production of Chorus Line, and in the Seattle production of Tommy directed by Brian Yorkey, where he was associate choreographer and dance captain. To Marc and my family for their love and support. Additional Credits include FIDDLER ON THE ROOF AT Arizona Theatre Company (50th Anniversary Season), SPAMALOT, PIPPIN, MY FAIR LADY, INTO THE WOODS, SINGIN" IN THE RAIN, and HELLO DOLLY at 5th Ave Theatre in Seattle. The Lion, Witch, and the Wardrobe, PETER PAN at Seattle Childrens Theatre. OKLAHOMA, GYPSY, and MIRETTE at Sundance Outdoor Theatre. Beauty and the Beast, SOUTH PACIFIC, LA CAGE AUX FOLLES, and THE WEDDING BANQUET at The Village Theatre in Seattle. And MAN OF LA MANCHA, ANNIE, SUNSET BOULEVARD, 42nd STREET, THE PRODUCERS, and FIDDLER ON THE ROOF, at Pioneer Theatre Company.