The inspiration for Devil Dog Six came from a friend who relishes the mathematics of handicapping, and took me to racetracks all over the country. Naturally I noticed there were very few women jockeys or trainers, so after some research and interviews, the play evolved, and because I admire the magnificent horses themselves, I couldn't exclude their presence in the play. I especially loved the Fairgrounds race track in New Orleans, and read in a book of interviews called Women in the Sport of Kings that southern male jockeys make it especially hard on women trying to break in.

For me, Devil Dog Six is primarily about raw, untamed ambition gone awry. This is a very American theme since we live in a capitalist republic which encourages competition at all levels of society and sometimes fosters the mentality that the ends justifies the means. So what better than a horse race to exemplify the spirit of racing to the finish at all costs, even the price of personal ethics and integrity.

Devil Dog Six takes place in Louisiana, and there is an interracial love affair between a jockey and her groom. Race and social status are also very American themes, and racial bigotry and a form of virtual apartheid still exists in parts of the south and major American cities, and affects relationships at every level of the class structure. This is true at the racetrack and in every other business in America.

About the structure: I'm weary of linear-seqential domestic realism, and believe audiences are eager to experience plays that take risks in their stories, themes, and styles, and are truly theatrical. My plays also tend to have metaphysical dimensions for which I'm often dismissed as delusional, but I can't seem to help myself, and am always grateful when the audience gallops along for the ride.

FENGAR GAEL (PLAYWRIGHT) Ms. Gael has had her plays developed and produced at various theatres including the Sundance Playwrights Lab, New York Stage and Film Company, the InterAct Theatre of Philadelphia, the Moxie Theatre Company, New Jersey Repertory, Playwrights Theatre of New Jersey, Utah Shakespearean Festival, Seanachai Theatre of Chicago, Kitchen Dog Theatre of Dallas, The Theatricum Botanicum Seedlings, the Tangent Theatre and AboutFace Ireland New Play Festival, and in New York City: MultiStages, The Abingdon Theatre Company, Collaborative Arts Project 21, Playwrights Gallery, Reverie Productions, and the Flux Theatre Ensemble. Ms. Gael is a recipient of the Playwrights First Award, The Craig Noel Award, as well as commissions from South Coast Repertory, New Jersey Repertory, the InterAct Theatre, (through the National New Play Network),  and a playwriting fellowship from the California Arts Council. Most recently, The Usher’s Ball was given a showcase production at the Collaborative Arts Project 21's Shop Theatre; The Cantor's Tale was produced at the Hunger Artists Theatre Company, directed by Jill Johnson; and The Buttonhole Bandit was produced by the Edna Manley College of Performing Arts in Kingston, Jamaica. In February, 2012, The Gallerist (A Tale of Desecration and Desire) was produced at the Rorschach Theatre in Washington D. C.; this October Devil Dog Six was produced at The Venus Theatre in Laurel, Maryland; in November, The Island of No Tomorrows, as coproduced by MultiStages and the Interart Development Series in New York under the direction of Lorca Peress. Ms. Gael is currently a writer in residence at CAP 21 with the composer, Dennis McCarthy, continuing work on their musical, Soul on Vinyl. 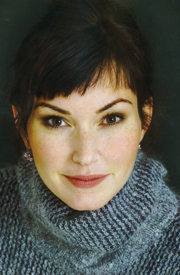 ALEXANDRA HARBOLD (DIRECTOR) Previously at SLAC, she directed the world premieres of (a man enters) and The Persian Quarter.  Other directing credits: Betrayal, Three Days of Rain, Rabbit Hole, and Romeo and Juliet (Pinnacle) and SLAM (Plan-B). Acting: Circle Mirror Transformation, Dancing at Lughnasa, Six Years, The Seagull, Ice Glen.  Most recently, she directed a reading of Spark for Pygmalion Productions and served as Dramaturg on Pioneer Theatre Company's Of Mice and Men; also at PTC: Assistant Director on Emma and the Player Queen in Hamlet.  Education: Masters, University of London Goldsmiths; BA, Middlebury College; SITI Summer Intensive; and Midsummer at Oxford.  Current and upcoming projects:  SENSES 5, a collaboration with Robert Scott Smith (The Leonardo), A Slight Discomfort, and The Eccentrics (University of Utah, Studio 115). 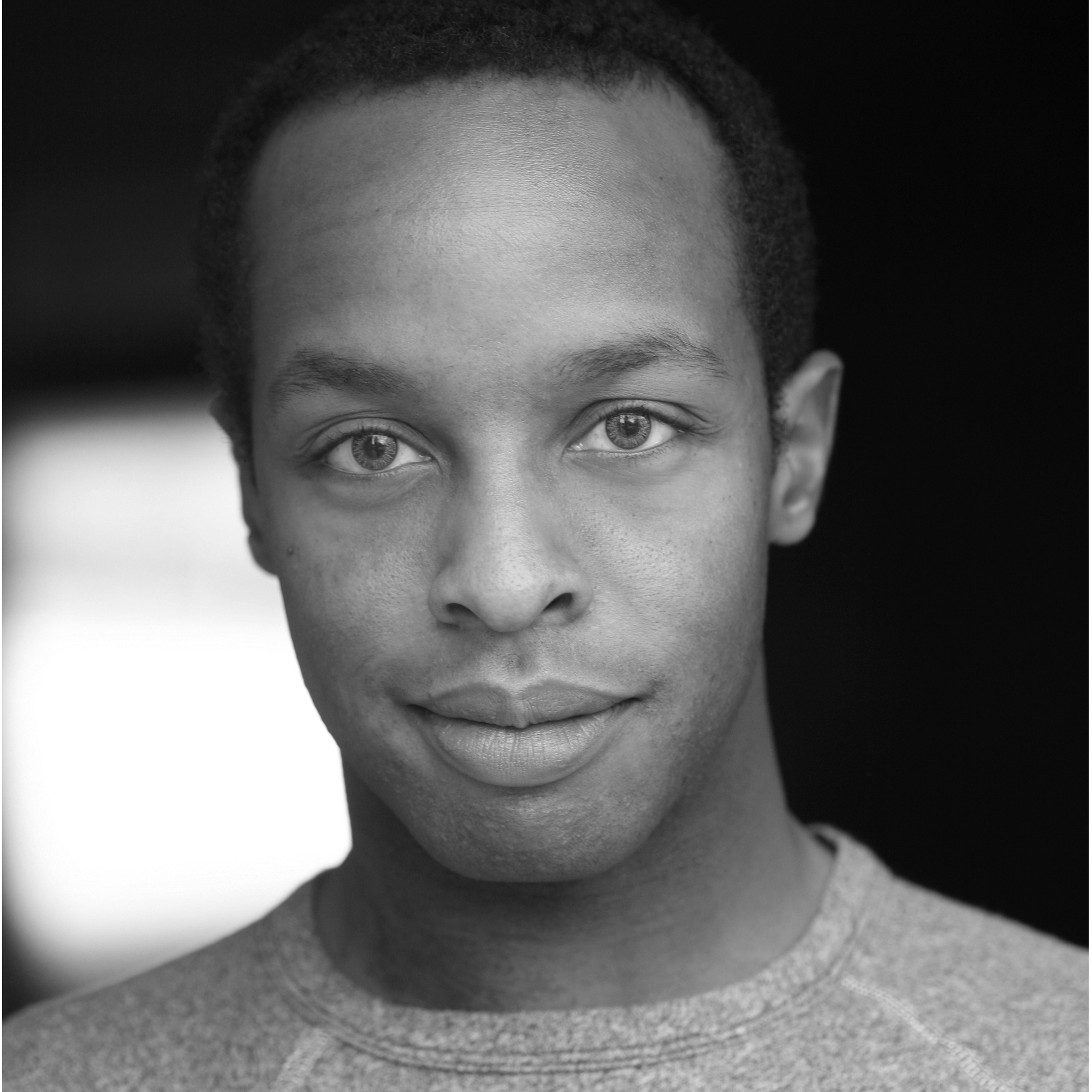 SEAN CARTER (ACTOR #1) Sean is ecstatic to be back at Salt Lake Acting Company, where he was last seen in “Angles in America” as Belize. Sean has performed in several venues along the Wasatch Front to include Hale Centre Theatre, The Grand Theatre and The Egyptian Theatre Company. In addition to Belize, some of his favorite roles include Willie Johnson in “Miss Evers’ Boys,” and Papa Ge in “Once on This Island.” Sean would like to thank the production team, cast and crew, and his friends and family for their continued support. 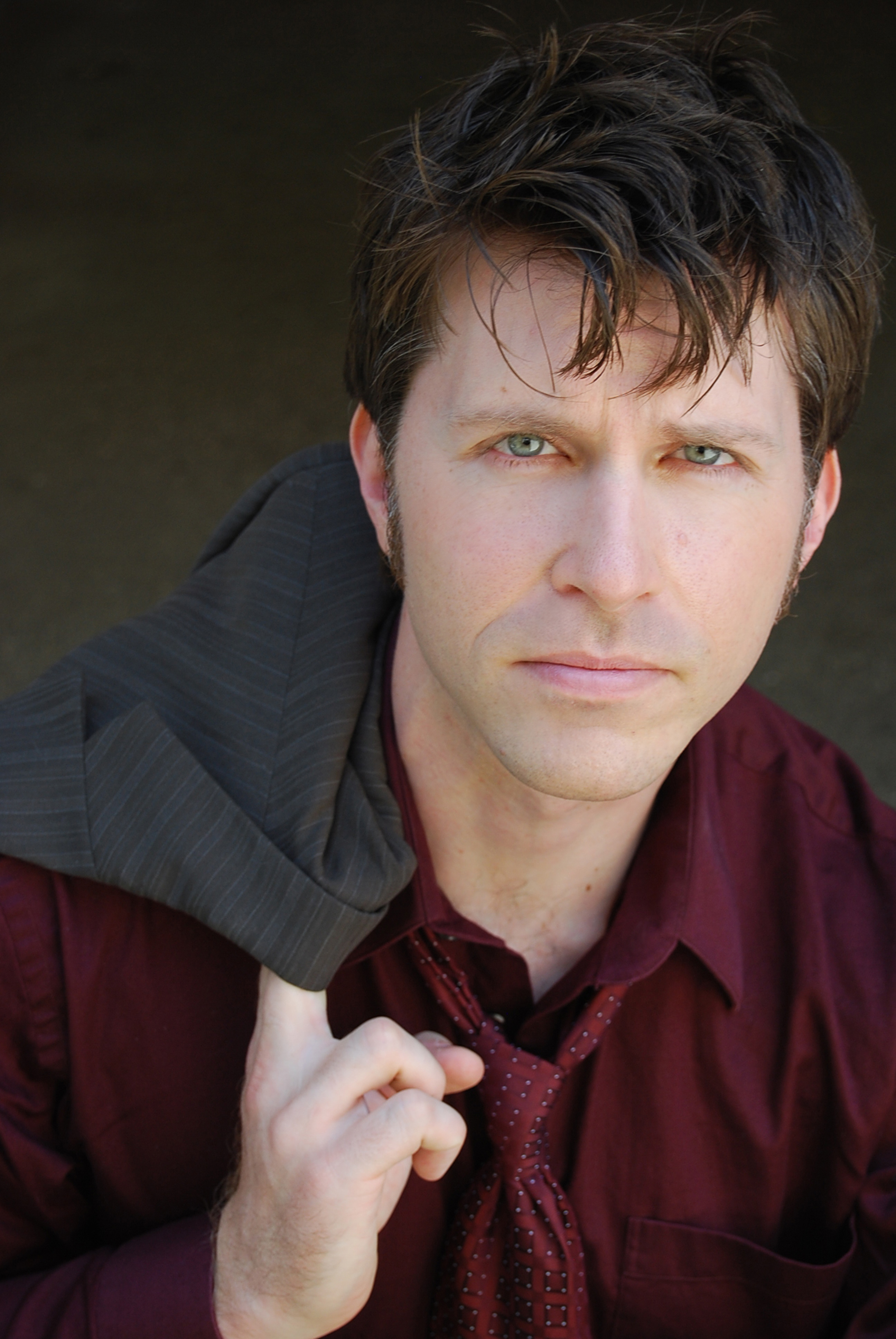 JOSH THOEMKE (ACTOR #2) Josh last appeared on the SLAC stage in The Persian Quarter, in dual roles.  He was most recently featured in Meat & Potato's production of Aliens:  The Puppet Musical, in six roles.  Devil Dog Six marks his third collaboration with Andra Harbold.  When not acting, he plays and sings in the Celtic band, Bad Colleen, usually seen at Scottish festivals and St. Patty's Day celebrations. 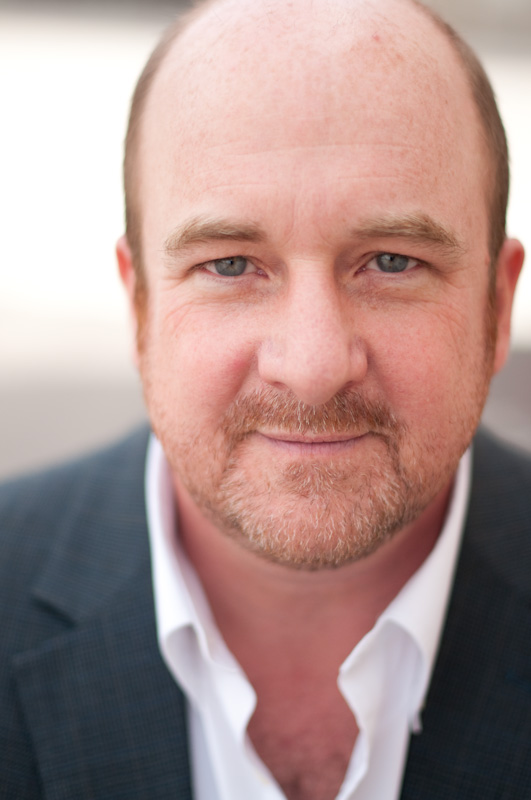 PAUL KIERNAN (ACTOR #3) Is proud member of Actor's Equity Association. Locally has been seen at the Pioneer Theater in; Hamlet, 12 Angry Men, Is He Dead, Romeo and Juliet, Pride and Prejudice, Our Town, The Tempest, Of Mice and Men and Amadeus among others.
SLAC productions include; Freedomland, Skin in Flames, The Beard of Avon, The Memory of Water, Six years and End Days. He was last seen with Salt Lake Shakespeare as Brutus in Julius Caesar and as Falstaff in Henry IV. He has toured with the one man play A Slight Discomfort, written and lived by Jeff Metcalf. Regionally; Romeo and Juliet, Pennsylvania Shakespeare Festival; Cyrano in Cyrano at the Hangar Theater; MacBeth, As You Like it, The tempest and The Taming of the Shrew, St. Louis Shakespeare Festival; Merry Wives, You Can't Take it With You and Amadeus at Great Lakes Shakespeare Festival; Twelfth Night, Much Ado, Hamlet, Richard III, As You Like It, Taming of the Shrew, Henry V and Every Christmas Story Ever Told with The Orlando Shakespeare Festival, Much Ado with Kentucky Shakespeare. Film and TV include; The
HBO series From The Earth to the Moon, Luck of The Irish, Go Figure, The Cell 2, Gold Coast, Rosanne among others. He received his MFA in Acting and Directing from Brandeis University in Boston.

WILLIAM FERRER (ACTOR #4) William Ferrer has lived in the Salt Lake City area for about 13 years.  He has spent much of that time teaching in the city's schools.  Ferrer has also performed as a storyteller in the region.  After years away from acting, he returned to theater in 2002 and has performed with Salt Lake Acting Company, Pygmalion Productions and worked extensively with People Productions.  Ferrer has also appeared in a number of feature and independent films shot in the area.  He plans to continue acting and directing in both the theater and film mediums. 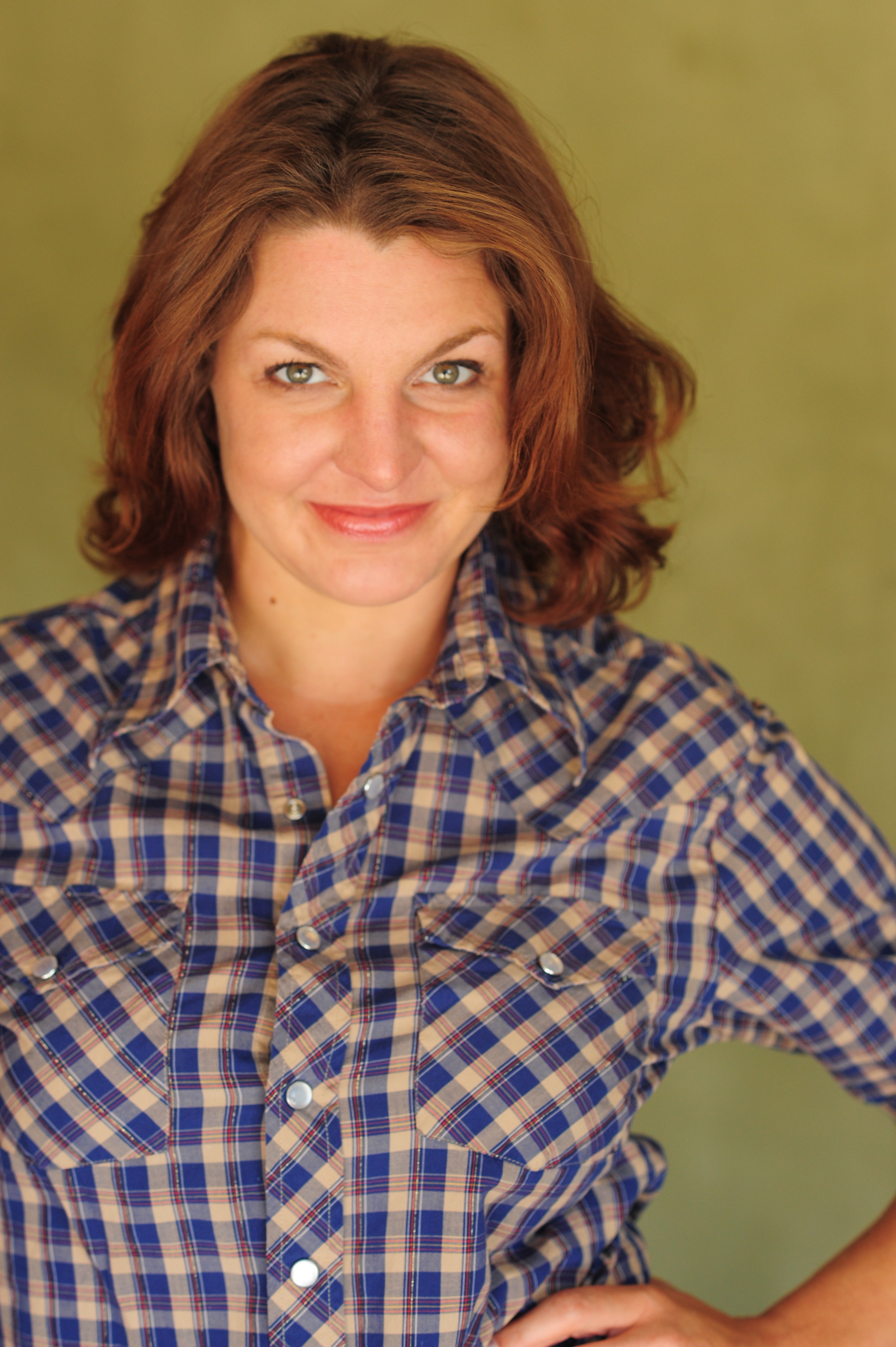 NELL GWYNN (ACTOR #5) Nell Gwynn is very happy to be back at SLAC after playing Veronica Novak in "God of Carnage".  Other SLAC credits include "The Persian Quarter" and "Angels in America".  She most recently completed the filming of playwright David Johnston's "Mothra is Waiting", directed by Kevin Newbury and hitting film festivals in 2013.  She is currently employed by the Sundance Institute for the 2013 Film Festival. 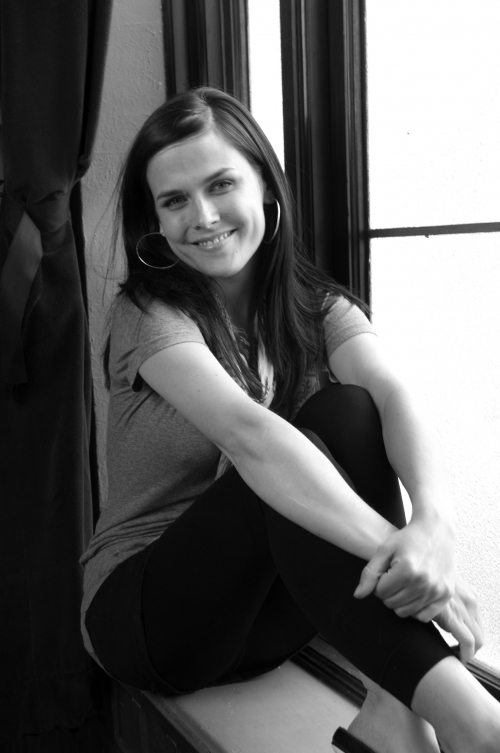 NICKI NIXON (ACTOR #6) is thrilled to be returning to Salt Lake Acting Company’s directed readings for the third time with the talented Andra, the previous two premiering THE AGONY AND ECSTACY OF STEVE JOBS, as well as Kathleen Cahill’s MONSTER HEART. She also had the privilege of playing Antigone in TOO MUCH MEMORY at SLAC. She was most recently seen in Pygmalion Theatre Company’s reading of SPARK as Lexie. She was happy to play Annelle in STEEL MAGNOLIAS with Pinnacle Acting Company. Other local credits include Michella in Off Broadway Theatre’s TRANSMORFERS and Princess Justine in PUSS 'N BOOTS at the Children's Theatre. She is a proud graduate of Weber State University’s Theatre Arts program, where some of her favorite roles include Tess in SIX DEGREES OF SEPARATION, Angie/Dull Gret in TOP GIRLS, and Eve in WAITING FOR THE PARADE. She was also given the opportunity to perform as a Weird Woman in MACBETH at the John F. Kennedy Center for Performing Arts in Washington, DC.

BIJAN HOSSEINI (READER) Bijan would like to thank Andra, Kev, Cyn and the rest of the SLAC family for this - and so many other -opportunities. Bijan has worked with the Salt Lake Acting Company (Too Much Memory, Charm, The Persian Quarter NPSS reading), Plan-B, PYGmalion, Sting & Honey, the Babcock, the Classical Greek Theatre Festival, Pinnacle, Around The Globe, Wasatch, UTAC, Holiday Arts, and SLCC. He was last seen as Polixenes in Shakespeare's "The Winter's Tale" and is still touring with PYGmalion and Art Access' production of "The Mysterious, Happy Life of Brown Bag". Bijan is represented by TMG.

Tagged under
More in this category: « NPSS: Turquoise Wind NPSS: Grant & Twain »
back to top