by Allen Nevins and Nancy Borgenicht

Everyone's favorite summer party, SATURDAY'S VOYEUR 2016 by Allen Nevins and Nancy Borgenicht will close out the season with a bang. In its 37th year, this annual musical satire connects SLAC to the community like nothing else. Audiences pack their picnics and fill SLAC's Upstairs Theatre for a raucous, riotous cabaret that truly celebrates the comradery of being a Utah liberal.

ALLEN NEVINS (Playwright) has been writing for SATURDAY'S VOYEUR the last 28 years. He came to the Salt Lake Acting Company in 1989 as the Literary Manager and in 1990 he formed a writing and business partnership with Nancy Borgenicht. In 1993, their partnership, Saturday's Voyeur, Inc., became the management company and the Executive Producers of the Salt Lake Acting Company, for which they received the UAF Mayors Award for the Performing Arts and also the Governor’s Award for the Arts. As Executive Producers they expanded and re-built the Upstairs Theatre, designed and built the Chapel Theatre as an alternative performing space, unionized SLAC's acting pool and re-instituted SATURDAY'S VOYEUR as the annual summer fundraiser for the Salt Lake Acting Company. After 38 years Saturday’s Voyeur remains an outlet for discourse, dissent, irreverent humor, cheap shots at elected officials; and of course, political in-correctness in all its forms.

NANCY BORGENICHT (Playwright) has been part of The Salt Lake Acting Company since 1974. She served as Co-Executive Producer with Allen Nevins from 1993-2005 and as Interim Executive Producer for the 2009-2010 Season. She received the Mayor’s Award for the Arts in 1999 and accepted for SLAC the Governor’s Award for the Arts in 2001. Her directing credits for SLAC include ANGELS IN AMERICA, WHITE MAN DANCING, OLEANNA, WOMEN AND WALLACE, CABBIES, COWBOYS ANDTHE TREE OF THE WEEPING VIRGIN, and SATURDAY’S VOYEUR from 1993 to 2003. She conceived and created SATURDAY’S VOYEUR in 1978.

CYNTHIA FLEMING (Director, Choreographer, Executive Artistic Director) has been in the world of dance and theatre professionally for over 37 years, during which time she performed in the Broadway, National and International companies with A CHORUS LINE. Since 1995 she has worn many hats at SLAC, including Choreographer, Director, Box Office Manager and Director of Audience Services. She developed SLAC’s high quality customer service titled: Mayberry meets Space Odyssey, which is the foundation for the record breaking number of subscribers. She conceived and created the position of Director of Communication and Audience Development and assembled the communication team to generate a renewed energy and excitement about the theatre. In 2010 she became Co-Executive Producer and is now honored to be SLAC’s Executive Artistic Director. Cynthia remains a working artist in the theatre and has choreographed many SLAC productions including SATURDAY’S VOYEUR for 15 years and directed/choreographed this musical for 5 years. Cynthia is proud to serve SLAC and its mission to engage and enrich community through brave contemporary theatre.

KEVIN MATHIE (Composer/Arranger, Musical Director, Additional Lyrics, Keyboards) is pleased to be back for his 12th Saturday's Voyeur. This past season at SLAC, he was the composer for CLIMBING WITH TIGERS, and was the music director/music arranger for ART DOG. His recent directing and conducting credits include the U.S. Premier of Monty Python’s new show NOT THE MESSIAH, ALWAYS...PATSY CLINE, FOREVER PLAID, and INTO THE WOODS, only to name a few. As a composer for theatre, Kevin has produced complete original vocal scores for SHEAR LUCK (book/lyrics by Brenda Cowley), RUMPELSTILTSKIN (book/lyrics by Dana Keiter), JACK AND THE BEANSTALK (book/lyrics by Dana Keiter), and Intermountain Heath Care’s LIVE WELL (co-written with Eric Jensen and Robin Wilks-Dunn) that tours schools throughout Utah. He has also written incidental scores for Salt Lake Acting Company’s TWO- HEADED and VOICES IN THE DARK, The Grand Theatre’s MISS EVERS’ BOYS, and OUR TOWN, and Weber State University’s DANSE MACABRE. Kevin is a member of the Dramatists Guild.

HEIDI ORTEGA (Costume Design) is the Associate Professor of Costume Design for Murray State University in Murray KY. She earned her Master of Arts Degree in Theatrical Design & Production from Humboldt State University and her MFA in Costume Design at Virginia Commonwealth University. She has designed for film, theatre, dance & the Jr. Miss America Pageant. She has been designing for over 20 years and this is her first Voyeur and her first time at SLAC! She is very excited for this opportunity. A few of her favorite shows include: Hair (Egyptian Theatre), A Midsummer Night’s Dream (YouTheatre at Egyptian Theatre Co.), Antigone (Traveled in KY and IN), Volume of Smoke (World Premiere, VCU), Frankenstein, A Flea in her Ear, The Princess and the Pea & The Jungle Book (MSU). A Chorus Line, Smash, Playing for Time (Westminster), An Evening of Dario Fo & Franca Rame (HSU), & The Underpants (Redwood Curtain Theatre). Though she has taught and designed in Virginia, Utah, California, Kentucky, and as far away as Beijing China she has always considered Utah “home”. She has had a blast working on a staple of Utah Theater – Saturdays Voyeur! She wants to dedicate this show to her Father and Sister who are watching together from The Celestial Kingdom and to thank her wonderful husband Daniel for being her strength.

DAVID EVANOFF (Musician & Sound Design) David owns and operates Sound Designs Studios where he produces music and sound for Film, TV, Radio and special events. Recent local credits include the world premier of the musical Kingdom of Heaven for Plan B Theatre. Music and Lyrics by David Evanoff. In May, David produced and mixed 4 original Operas for Operas at The Hive, under the direction of The Utah Opera Company.

MICHAEL J. HOREJSI (Set Design) Is on Faculty in the Department of Theatre at The University of Utah, he has an MFA in Design and Technical Theatre from The University of Minnesota, has extensive National and International Touring experience with Arena and Theater Shows, as well as sporting spectaculars such as The NBA All Star Jam Session, and The USA Swimming Olympic Trials. Michael has worked as a technician and designer for theatres including ; Oregon Festival of American Music, The Guthrie Theatre, The Milwaukee Repertory Theatre, American Players Theatre, The History Theatre, and others.

GAR ASHBY (Musician) is a full time performer, composer, and teacher. Guitar is his main instrument. He plays many of the clubs and restaurants in his home town, Ogden. Gar enjoys the challenge of theater music and has worked with "Saturday's Voyeur" for several years. You also may have heard him at the Pioneer or the Grand Theater. More info at: garashby.com

SHANNON MUSGRAVE (Assistant Director/Choreographer and Associate Artistic Director) has had a blast working on this, her 6th SATURDAY'S VOYEUR! Directing credits include: HOW I LEARNED TO DRIVE (Pinnacle Acting Company), the NPSS reading of MERCURY by Steve Yockey (SLAC), and Pinnacle Acting Company's upcoming production of THE REALISTIC JONESES by Will Eno. Choreography credits include: OLIVER! and THE WIZARD OF OZ (The Grand Theatre). Acting credits include: SATURDAY'S VOYEUR 2009-2011, HOW I BECAME A PIRATE, GO, DOG. GO! (Salt Lake Acting Company), 42ND STREET (Pioneer Theatre Company), ROMEO & JULIET, 25TH ANNUAL...SPELLING BEE (Pinnacle Acting Company), MUSICAL OF MUSICALS: THE MUSICAL, SCHOOL HOUSE ROCK (The Grand Theatre). Shannon holds her B.A. in Musical Theatre from Weber State University and her M.A. in Arts Management from American University in Washington D.C. where she worked in Artistic Development at Arena Stage and as a directing fellow for the Kennedy Center's 2013 Directing Intensive: Developing the New Play. Enjoy the show! Vote! #nevertrump #imwithher

TIMOTHY SWENSEN (Assistant Stage Manager) is excited to join SLAC for his first Voyeur! Timothy is a graduate from the University of Utah with a BFA in Stage Management. University of Utah credits include HELLO DOLLY (Kingsbury Hall), A FUNNY THING HAPPENED… (Babcock), and THE OWL GIRL (Studio 115). Other credits include Salt Lake Shakespeare’s YOU’RE A GOOD MAN, CHARLIE BROWN, and THE LAST FIVE YEARS (Babcock) ; DIE FLEDERMAUS, HANSEL & GRETEL (Lyric Opera Ensemble); THE CRUCIBLE (PTC); MOON OVER BUFFALO, and SEE HOW THEY RUN (USU Eastern); THE DROWSY CHAPERONE, NUNSENSE, THE ODD COUPLE, and WOMAN IN BLACK (Old Lyric Repertory Company).

MARTIN C. ALCOCER (Assistant Stage Manager) is excited to be back at SLAC for Voyeur! He is currently a junior in the Stage Management program at the University of Utah. Martin has previously served as Assistant Stage Manager for, Hello, Dolly! (Kingsbury Hall), The School for Lies (Studio 115), A Midsummer Night’s Dream (Salt Lake Shakespeare), I'll Eat You Last... (SLAC), and most recently at Pioneer Theatre on The Count of Monte Cristo. Past credits as Stage Manager include, multiple readings for SLAC as well as Crow and Weasel, Thumbelina, The Big Bad Musical (University of Utah Youth Theatre), and Twelfth Night (Salt Lake Shakespeare). Martin would like to thank his friends and family for their continued support. 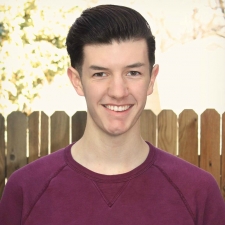 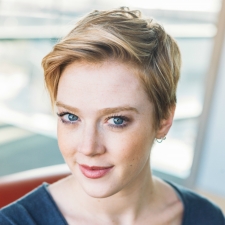 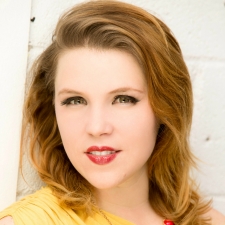 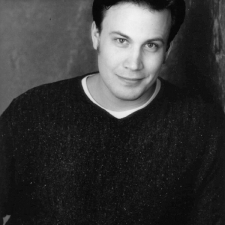 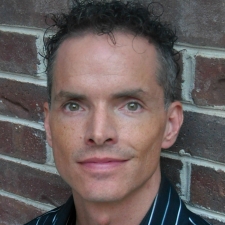 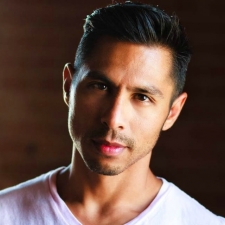 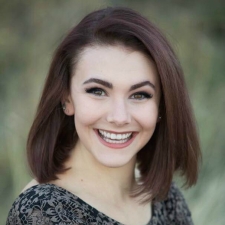 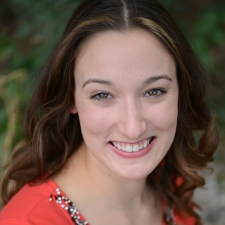 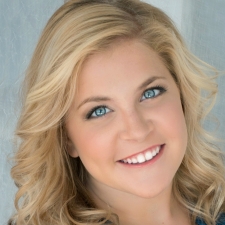 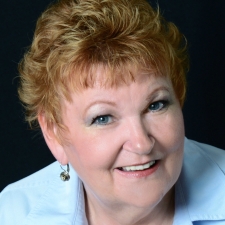 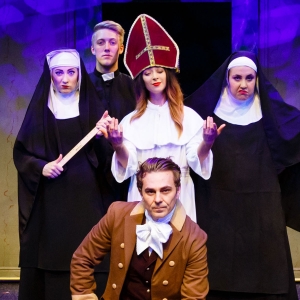