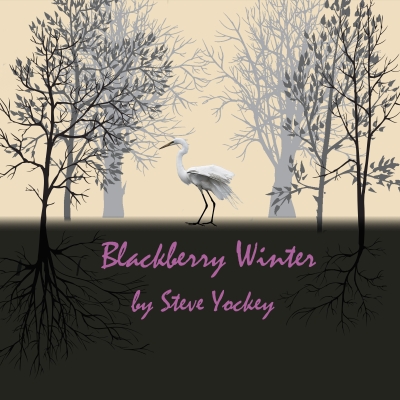 Years of success, meticulous planning, and an eye for detail have in no way prepared Vivienne Avery for her mother's slide into the grip of dementia. Initially hiding behind insomnia-fueled baking and a polite smile, stories about her mother leave Vivienne's inner turmoil quietly laid bare on stage.

BLACKBERRY WINTER juxtaposes these stories, large theatrical gestures, and a childlike Alzheimer's "creation myth" to recount on woman's witnessing of the inevitable.

STEVE YOCKEY (Playwright) is a Los Angeles based writer with work produced throughout the country, Europe, and Asia. Afterlife, Octopus, Large Animal Games, CARTOON, Subculture, Very Still & Hard to See, The Fisherman's Wife, and Wolves are published & available from Samuel French. This season, Pluto will open in a National New Play Network rolling world premiere at Actor’s Express (Atlanta), Know Theatre (Cincinnati), Forum Theatre (Washington D.C.), and Orlando Shakespeare Theatre (Orlando). The Thrush & The Woodpecker will also premiere in the 2014 SOURCE Festival in Washington, DC. Steve is a Phi Beta Kappa, Summa Cum Laude graduate of the University of Georgia and holds an MFA in Dramatic Writing from NYU’s Tisch School of the Arts (2008). He was one of two writers selected for the first US/Australia playwright exchange in February 2013, sponsored by NNPN and Playwriting Australia and is the recipient of the 2013 LA Weekly Playwriting Award for Very Still & Hard to See. Steve writes on the MTV series Awkward and is currently adapting Simon Doonan’s Confessions of a Window Dresser and Zenescope’s Monster Hunters’ Survival Guide for Relativity Television.

SANDRA SHOTWELL (Director) has an MFA in Acting from The American Conservatory Theater in San Francisco, an Advanced Diploma in Voice and Speech (ADVS) with Distinction from the Central School of Speech and Drama in London, and is a certified Laban-Bartenieff Movement Analyst (CLMA). She directed Keely and Du with Salt Lake Acting Company; the production was named one of the Ten Best Productions for ’94 by the Dessert News and Best Production for 1994 by the Private Eye Magazine’s Reader Poll. Last year she directed a staged reading of Bull Shark Attack by Troy Deutsch. Also she has dialect coached Mr. Perfect, Two Stories, Exit Interview, God of Carnage, and The Persian Quarter. She has performed for stage, film, and voice-over. Last fall she performed the title role in Hecuba with Westminster’s Classical Greek Theatre Festival. Sandra is a Professor of Theatre at the University of Utah. She is overjoyed to be working with Salt Lake Acting Company and Steve Yockey in directing Blackberry Winter!

KEVEN MYHRE (Set Designer) received the Mayor’s Artists Award in the Performing Arts in 2009. He was awarded the 20008 City Weekly Award for directing THE CLEAN HOUSE and MOONLIGHT AND MAGOLIAS at Salt Lake Acting Company. His other directing credits at SLAC include GRANT & TWAIN, BLOODY BLOODY ANDREW JACKSON, RED, ANGELS IN AMERICA: PARTS I & II, THE OVERWHELMING, RABBIT HOLE, I AM MY OWN WIFE; BAD DATES, KIMBERLY AKIMBO, GOING TO ST. IVES, WATER LILIES, THE MEMORY OF WATER, TWO-HEADED, THE BEAUTY QUEEN OF LEENANE, GROSS INDECENCY: THE THREE TRIALS OF OSCAR WILDE, C’EST MOI in MERE MORTALS and THREE DAYS OF RAIN. Keven has designed all of SLAC’s sets and many of the costumes for the last 18 years. He has also designed 16 sets for The Grand Theatre. He designed sets for ACCORDING TO COYOTE, WEST SIDE STORY, CROW AND WEASSEL, and SOUTH PACIFIC at Sundance Theatre. His designs have also been seen at Pioneer Memorial Theatre, Utah Musical Theatre, Egyptian Theatre, Kingsbury Hall and the Babcock Theatre. His for the Utah Arts Festival includes site design for the 20th anniversary. He received a BFA from the University of Utah and a MFA in Theatre from the University of Michigan.

K.L. ALBERTS (Costume Design) has been designing for SLAC since 1999. Some favorite designs include A YEAR WITH FROG & TOAD, RABBIT HOLE, I AM MY OWN WIFE, GO, DOG. GO!, CIRCLE, MIRROR, TRANSFORMATION and BEAUTY QUEEN OF LEENANE. Recent designs for Pioneer Theatre Company include ELF-THE MUSICAL, OF MICE AND MEN, LES MISERABLES, WHITE CHRISTMAS and LAUGHING STOCK. Locally Kevin has also worked with Meat & Potato Theatre and spent 21 seasons with the Utah Shakespeare Festival.

S. GLENN BROWN (Puppet Design) wears many hats; he has a BA in Art from Westminster College, and an MFA in Theatre Design from the University of Utah. His other talents include, puppetry, playwriting, animation, drawing, painting, set design, and Asian theatre. Additionally Glenn is a Bunraku puppeteer, having trained and taught in Japan with the Tonda Bunraku Troupe, of which he is still a member. He is happy to be working with Salt Lake Acting Company for the first time.

LINDA L. BROWN (Puppet Design) holds an MFA in Directing from the University of Utah. She has worked around the world as a director, animator, performer, puppeteer, and designer. Linda has worked with classical, and contemporary works, as well as new play development for kids. This is also her first opportunity to work with Salt Lake Acting Company.

JENNIE SANT (AEA Stage Manager) is happy to be back at Salt Lake Acting Comping, other shows include, TWO STORIES, I’LL EAT YOU LAST: A CHAT WITH SUE MENGERS,VENUS IN FUR, MANNING UP, THE PERSIAN QUARTER and ANGELS IN AMERICA PARTS I & II. She has also worked at The Egyptian Theatre Company as the AEA Stage Manager on PAGENT and THE MUSIC MAN. Pioneer Theatre Company as the 1st ASM on LES MISERABLES, PAINT YOUR WAGON, DOUBT, A MIDSUMMER NIGHTS DREAM,THE FOREIGNER, VERTICAL HOUR and THE PRODUCERS.

MARY HELEN PITMAN (Puppetry Intern) is excited to be interning for this production at Salt Lake Acting Company. She is a native Californian in her first year at the University of Utah, majoring in theatre with the Actor Training Program. She would like to thank Glenn and Linda Brown for their mentorship, and SLAC for their commitment to providing opportunities for college students to experience professional theatre while still in training.

CONNOR NELIS JOHNSON (Puppeteer) is very lucky, thrilled, and many other adjectives to be a puppeteer in Salt Lake Acting Company’s BLACKBERRY WINTER. Other SLAC credits include BLOODY BLOODY ANDREW JACKSON, CAT IN THE HAT, and ROAD TO EDEN (NPSS). Connor has also had the great fortune to act with Salt Lake Shakespeare in MACBETH, TWO GENTLEMEN OF VERONA, A MIDSUMMER NIGHT’S DREAM, and TWELFTH NIGHT (Green Show); as well as over 20 shows with University of Utah Youth Theatre. Connor is currently a part of the Youth Theatre Conservatory and recently performed an original show called THE INVISIBLES as well as an improv show with his troupe KAZUM JACKSON’S HILARIOUS PLAGUE as a part of the Great Salt Lake Fringe Festival. Connor is a senior at West High School as would like to thank Jay Perry, Penny Caywood, his friends, and his family for their unending and uplifting support.

Salt Lake Acting Company (SLAC) is proud to partner with Music and Memory℠ Utah Coalition to present a free screening of the film ALIVE INSIDE: THE STORY OF MUSIC AND MEMORY followed by a panel discussion on Monday, September 28 @ 7pm.

Music and Memory℠ Utah Coalition was formed in spring 2014 on the heels of the award-winning Sundance film ALIVE INSIDE: THE STORY OF MUSIC AND MEMORY documenting the dramatic results of the Music & Memory℠ program, created by Dan Cohen. Using personalized playlists of favorite songs loaded on iPods, this proven program reawakens memory in people suffering with Alzheimer’s, dementia and other cognitive and physical disabilities.

SLAC is proud to join forces with this vital organization and will present a free screening of the film, followed by a panel discussion featuring Geralyn White Dreyfous, Ellen Silver, Mary Ellen Geist, Gerda Saunders, and Anne E. Palmer on Monday, September 28 @ 7pm.

This program has received funding from Utah Humanities, which empowers Utahns to improve their communities through active engagement with the humanities.

Additionally, SLAC is proud to be launching the first of a city-wide iPod drop and collecting gently used donated iPods throughout the run of BLACKBERRY WINTER. All donated iPods will go directly to residents in a MUSIC & MEMORY℠ Certified Nursing Home.

Geralyn White Dreyfous has a wide, distinguished background in philanthropy and the arts, including Academy and Emmy Award winning and nominated films. Ms. Dreyfous taught Documentary and Narrative writing at Harvard University, and later co-founded Impact Partners Film Fund. This fund brings together financiers and filmmakers to create entertaining, enriching films that will ignite social change.

Ellen Silver was one of Utah’s first community leaders to see that the Music and Memory program could improve the lives of Utahns living with dementia. She has been actively involved in human service agencies for 20 years. In her current position as CEO of Jewish Family Service of Utah, Ms. Silver oversees internal operations, strategic initiatives, fund development, and community relations.

Mary Ellen Geist is an award winning broadcast journalist of more than 20 years. Ms. Geist was personally impacted by her father’s Alzheimer’s disease, and has written a book, “Measure of the Heart.” In it she documents her experience as a caregiver and observations of the musical ability of her father after 16 years with Alzheimer’s. She is now an advocate of the power of music in the lives of people with Alzheimer’s.

Gerda Saunders worked as a research scientist and teacher in South Africa until she emigrated to the United States in 1984, after which she went on to obtain a PhD in English from the University of Utah. Gerda lives with Alzheimer’s disease, and shares her personal stories and experiences in an attempt to humanize and increase awareness of degenerative conditions. Her story was recently featured on the BBC.

Moderator: Anne E. Palmer has been a journalist and oral historian, and now oversees the Music and Memory Utah Coalition and the Utah Commission on Aging, where much of her work focuses on helping older adults through technology. 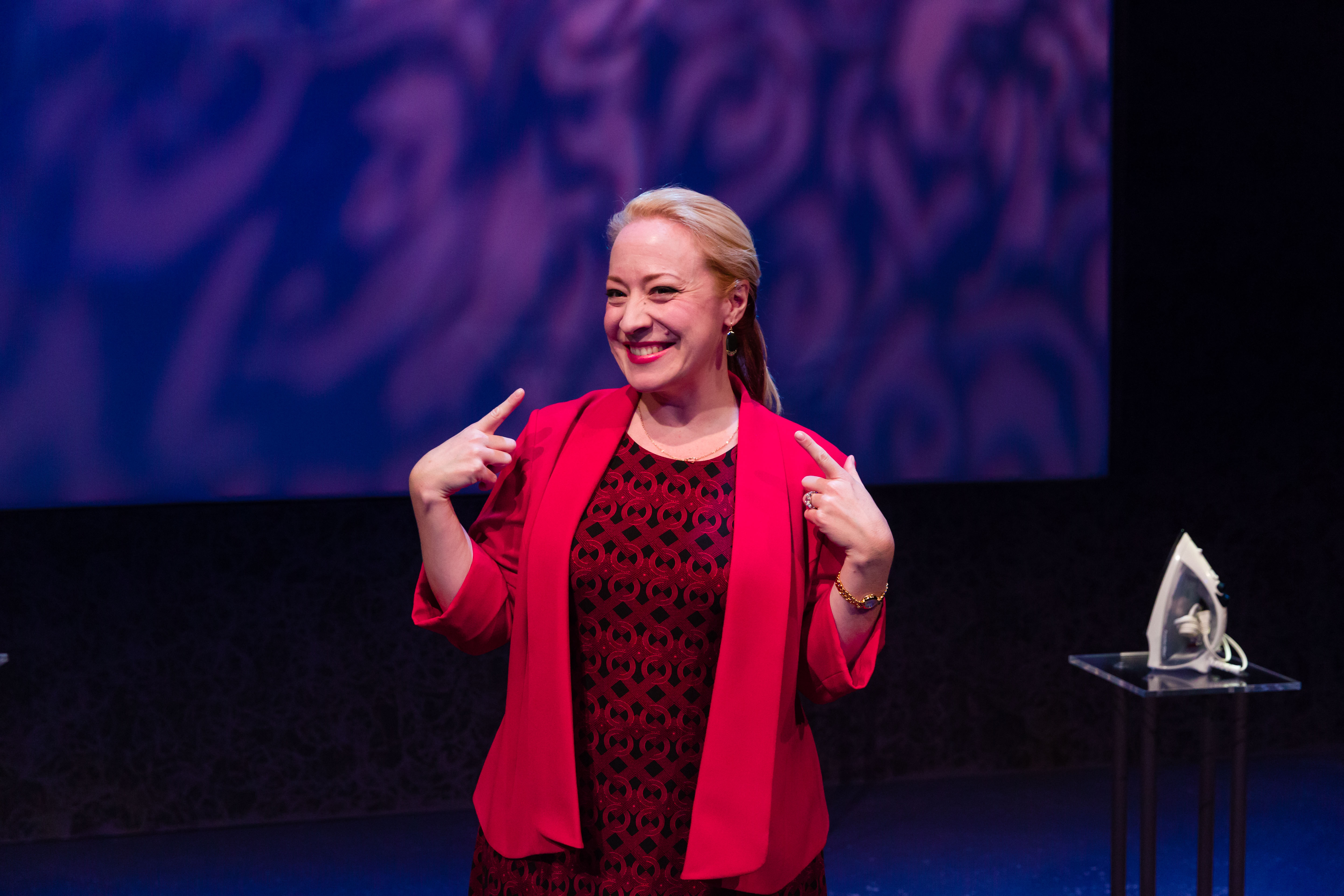 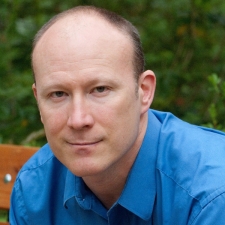 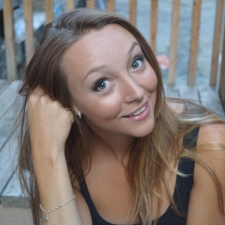 Kalika Rose
back to top