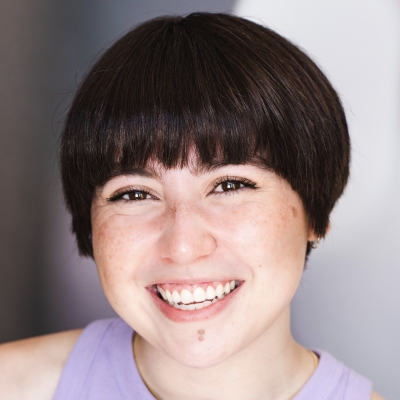 Kimi Handa Brown (They/Them) Graduated last year from the University of Utah with their BFA in Musical theater and has spent the last year exploring and creating different varieties of art. After performing online in Bluebeard and Cocaine Triptych at the GSLFringe Festival 2020, they acted in SLAC’s Digital Shorts sketches including "*BLEEP*" and "Online." After that, they appeared in The Journey of the Noble Gnarble with UTheater, had their play Daddy Issues kick of SLAC’s New Play Sounding Series Festival, performed their poetry and writings for the Utah Women’s Narratives at the Gender-Based Violence Consortium, and now has spent the last few months writing and acting in their new play, Manic Pixie Nightmare, produced by CometSweeper Theater, that premiered in August at the GSLFringe Festival 2021! While creating that piece, they have been working with Standby for Places on producing another one of their works, Shakespearean Support Group, that will be available on streaming platforms this fall. Jumping from acting to writing to film to song has been such a gift during the past year, and if you would like to keep following, find me on Instagram @Kimilawls.