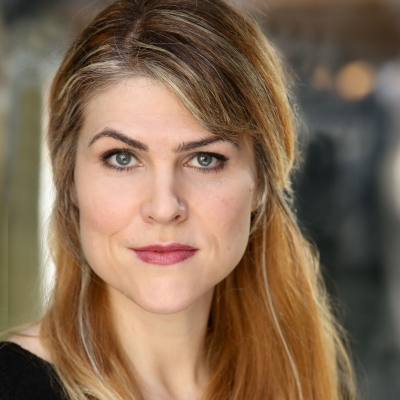 STACEY JENSON* (Nora) is thrilled to be working with SLAC for the first time (a childhood dream). Since arriving in SLC in August 2016 (after 15 years away), she has appeared in film: Brigsby Bear, Jewtah, Suburban Bliss, and The Glade of Ardet; as well as commercials for the BBB, the AARP, and Travelwise. She has also been seen onstage: GIDION’S KNOT (Pinnacle Acting Company), ION (The Classical Greek Theatre Festival), IDEATION,WHAT WE’RE UP AGAINST, DINNER, PAGE-TO-STAGE (Wasatch Theatre Company). In addition to acting, Stacey teaches private dialect sessions and has served as Dialect Coach for MARY POPPINS (Sandy Arts Guild), CABARET (SLCC), A VIEW FROM THE BRIDGE (The Grand), DRACULA, ECLIPSED and THE RIVALS (University of Utah), and served as Dialect Consultant for ANGELS IN AMERICA (The National Theatre, London). She also directed TO BE FRANK… (SLCC). Stacey holds a BFA in Acting from the University of Utah's Actor Training Program, an MFA in Acting from American Conservatory Theatre, and an MFA with Distinction in Voice Studies from The Royal Central School of Speech and Drama (London). Stacey is an Adjunct Professor with the U of U’s Actor Training Program and SLCC’s Theatre Program.