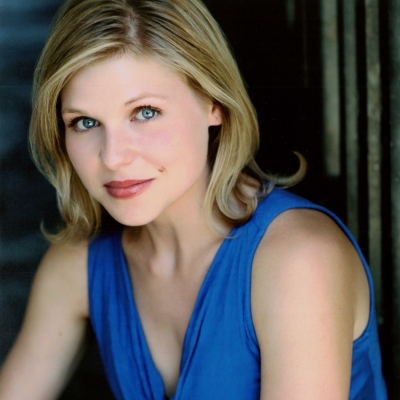 Carianne H. Jones* is a proud member of Actors' Equity and she is overjoyed to be returning to the SLAC stage with this tremendous cast! She was last seen here in Kathleen Cahill’s beautiful and provocative world premiere of CHARM. Shortly thereafter, she moved to New York and worked in various theaters across the East coast. She worked with Tony Award winner David Rabe on New York based Theater Company, Children of an Idle Brain’s production of THE ORPHAN. She starred as Sandy in GREASE and Suzy in THE MARVELOUS WONDERETTES with Jenny Wiley Theater Co. She worked with the La Comedia Dinner Theater as Belle and the char woman in A CHRISTMAS CAROL. Local production favorites include Marion/ THE MUSIC MAN and Philia/A FUNNY THING HAPPENED ON THE WAY TO THE FORUM with The Egyptian Theater Co., Pickles/THE GREAT AMERICAN TRAILER PARK with Dark Horse Theater Co., Marie in Pioneer Theater’s IS HE DEAD? and finally, as Ana in the short film noir Aching to Sneeze. Carianne is enjoying life as an unconventional newlywed. Her husband is working, also as an actor, in Atlanta, GA and she is absolutely thrilled for him to see the show. Many thanks to Justin Ivie, our steadfast and creative director, Cynthia, Shannon, Josh and the entire staff at SLAC, returning to this home means so much. Much love to my eternally supportive family and friends. All the Love, Songbird. CarianneHJones.com