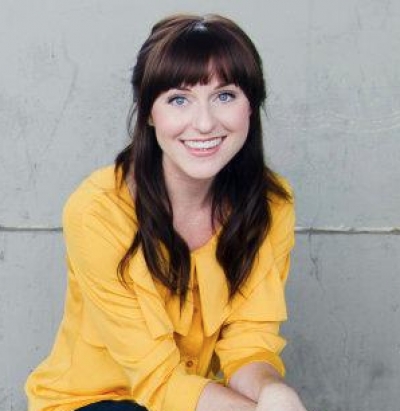 Brighton Hertford (Heather) is thrilled to be making her SLAC debut in a Steve Yockey play! She was last seen on stage in RIOT ACT's sold out production of POOR BASTARD as Sasha. She has had the opportunity to play the beloved role of Molly Astor in PETER AND THE STARCATCHER at both the Orem and West Valley Hale (Best Actress in a play winner Broadway World Salt Lake City). Other theatre credits include THE CRUCIBLE (PTC), THOROUGHLY MODERN MILLIE (HALE), MACBETH (BYU), KISS AND TELL (HALE). Brighton has a BFA in Acting from BYU and a long list of IMDB credits. She spent 8 years of her childhood as B.J. Jones on General Hospital and had a string of guest star appearances. She's now a working stiff and works full time as an ed-tech consultant. Thank you to Shannon, Steve, Cynthia and the SLAC team for this wonderful opportunity to play in the kooky world of MERCURY!