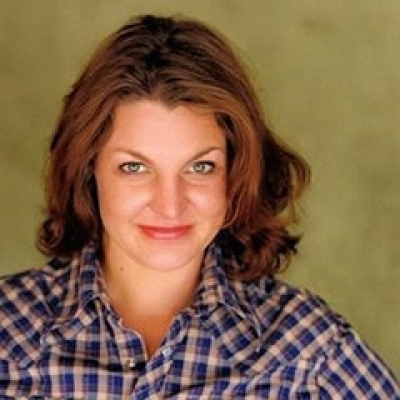 Nell Gwynn is very happy to be back at SLAC this spring, after last appearing on the SLAC stage as Gwen in "Rapture, Blister, Burn". Other SLAC credits include; Margie in “Good People”, Eunice in "The Exit Interview", Veronica Novak in "God of Carnage", Ann/Emily Gilles in "The Persian Quarter" and The Angel and others in "Angels in America". Other SLC credits include “I Hate Hamlet” with PTC, “Based On A True Story” at Plan-B and “Intersections” with Art Access. Favorite NYC credits include: David Johnston's "The Oresteia", and "Candy & Dorothy" (GLAAD New Media Award Winner), Tom Rowan's "Kiss & Cry" ( GLAAD New Media Award Nominee, Innovative Theatre Award Nomination- Best Supporting Actress ), "Counsellor At Law" (Lortel Award Winner- Best Revival),Robyn Burland's "Piecework" and Charles Mee's "Big Love" at Theatre for A New City, among many others. Shakespeare credits include: Adriana in "Comedy of Errors", Regan in "King Lear", Celia in "As You Like It", Mistress Ford in "Merry Wives of Windsor", Maria in "Twelfth Night", Lady Macbeth, Horatio in "Hamlet" and Portia in "The Merchant of Venice". She can currently be seen in the short films, “Red Flag” and "Monsura Is Waiting", which have been nominated for various awards including Best Actress, at film festivals around the country and the world. She appeared in 2015 opposite Katherine Heigl as Darlene in the independent feature, "Jackie & Ryan", which premiered at the Venice Film Festival. Nell is a proud Actor's Equity member. Many thanks to Dan, Daniela, SLAC and all of YOU.