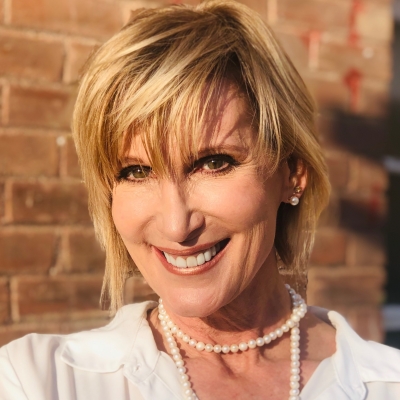 Cynthia has been on the administrative staff at Salt Lake Acting Company since 1998. During this time, she has overseen multiple departments including Marketing, Communications, Development, Production, and Audience Services. In 2015, Cynthia was named to her current role as Executive Artistic Director.

Prior to arriving at Salt Lake Acting Company, Cynthia performed in the Broadway, National, and International companies of the original run of A Chorus Line, directed by Michael Bennett. Cynthia remains a working artist in the theatre and continues to direct and choreograph works both at SLAC and elsewhere. Those credits include #SLACabaret, Silent Dancer, Saturday’s Voyeur (16 years as Choreographer, 7 as Director/Choreographer), Bat Boy, Bloody Bloody Andrew Jackson, as well as guest directing the MFA Playwrights’ Workshop—a partnership with the Kennedy Center’s American College Theatre Festival, Stanford University, and the National New Play Network. She has also served as a visiting professor for the University of Utah’s Musical Theatre program. Outside of her theatre-related pursuits, Cynthia is a member of the Women’s Democratic Club of Utah as well as 100 Women Who Care SLC.

Cynthia is proud to serve SLAC and its mission to engage and enrich the community through brave, contemporary theatre.