Fight for Your Right to PARTAY

What a crazy gracious experience it has been thus far-- being welcomed into such a diverse, positive and silly group of people. The cast of Saturday's Voyeur this year is filled with passionate weirdos full

of creative juices ready to squirt goodness at their fun/drunk Voyeur audience. Being a "Voyeur Virgin", I didn't know what to expect. Not considering myself to be a very "funny" person, I was nervous even at the initial audition. Having to tell a joke in an audition is truly a scary thing for someone like me! But it turns out the pure hilariousness of Voyeur comes from a place of such truth. That makes it so much easier and exciting as an actor, and I love digging deeper and deeper into all of my characters, specifically Kate Kelly. 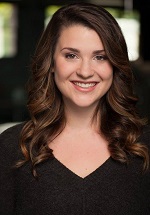 Oh ps. Hai. I'm Anna. I am originally from SLC, UT. I grew up as a Catholic in Salt Lake, so it was a very interesting upbringing. Sometimes I felt that I knew more about the LDS Religion than I did my own! Everyone I was surrounded by in school, dance, theatre etc. were all a part of the Mormon Religion. I remember getting into a prayer circle and saying an LDS prayer before every performance in my dance group... it was engrained in my brain. Being in Voyeur has continued to expand my knowledge on this "peculiar" group of individuals. We have spent countless hours discussing different aspects of the Religion, and how it effects all people. Voyeur is an artistic and educational experience- which I love. After high school I decided I could no longer "do" Utah. I moved to Seattle, Washington and attended a very liberal arts school called Cornish College of the Arts. At Cornish, everyone I encountered was diverse, positive and honestly... not very religious. It was such an opposite environment than I was used to and I enjoyed meeting so many unique individuals. I learned more about myself as an actor and learned a lot about my views on life in general.

Playing Kate Kelly is a challenge because she is a public figure... and a real person. Playing someone that is actually in this world today has been an interesting experience to say the least. I have a strange fear that she will come see the show, and be like "who is this bitch?!" It is still really exciting to have the opportunity to portray someone so impactful in today's society. In case you don't know, Kate Kelly is a Mormon feminist, human rights lawyer, and former member of The Church of Jesus Christ of Latter-day Saints (LDS Church) known for starting the Ordain Women movement. Kelly was excommunicated from the church in June 2014 for protesting against the church and wanting women to hold the priesthood. Kate Kelly is a hardcore woman. She stands for what she believes, and doesn't ever back down. I am excited and passionate about playing such a strong woman. She's a straight up bad ass. I stand with John Dehlin in his Motto "Do what is right; let the consequence follow".

I mean... let's all stand for that shit. Why would we not?
#fight4yourright2PARTAY

Ps. I might look weird with Kate Kelly bangs. Don't judge me.

Tagged under
Saturday's Voyeur 2015
back to top