"We Are in Production Photos!": Your First Look at Elephant & Piggie 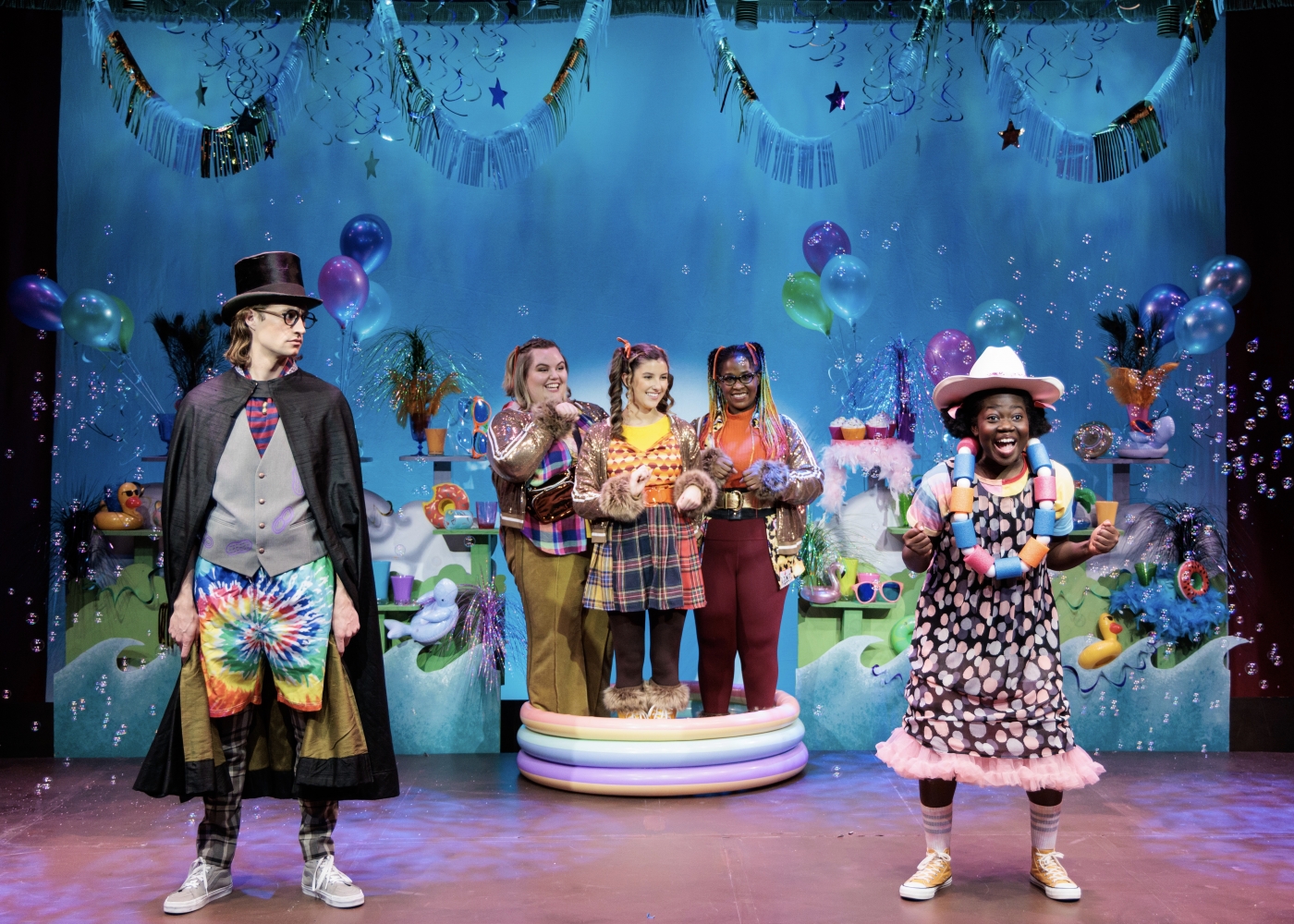 Salt Lake Acting Company presents the Utah premiere of Elephant & Piggie’s “We Are in a Play!” by Mo Willems and Deborah Wicks La Puma—and based on the popular book series by Willems. The production, which marks SLAC’s 13th children’s production created for Utah families and Title I students, will be an exclusively-streaming experience on SLAC Digital from December 26 through January 9.  Elephant & Piggie’s “We Are in a Play!” is described as follows:

An elephant named Gerald and a pig named Piggie are best, best, "bestus" ("very best") friends, but Gerald worries that something could go wrong that would end their friendship. Piggie is not worried at all. She's even happier and more excited than usual. That's because she and Gerald are invited to a party hosted by the Squirrelles, three singing squirrels who love to have a good time. And so begins a day when anything is possible!

Get your first look at the production through photographs taken by David Daniels here: 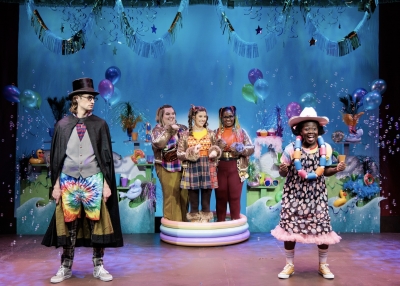 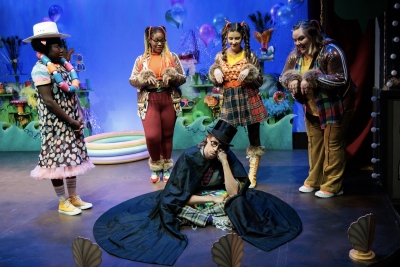 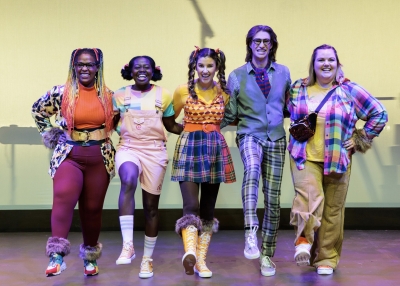 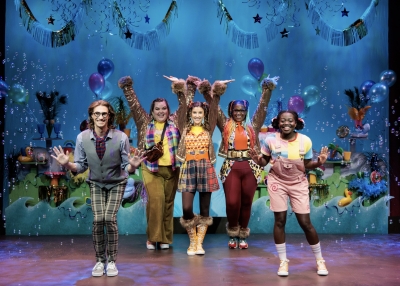 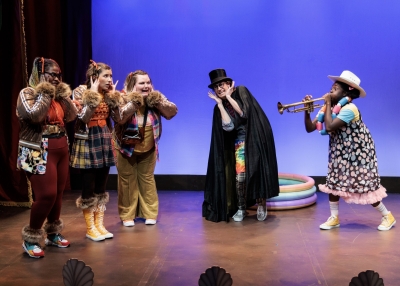 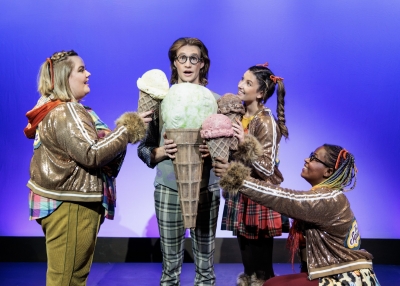 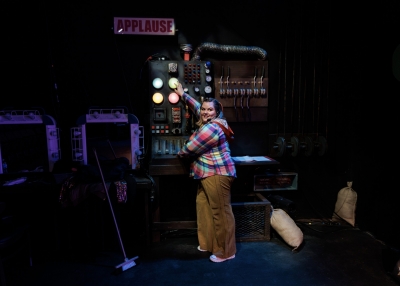 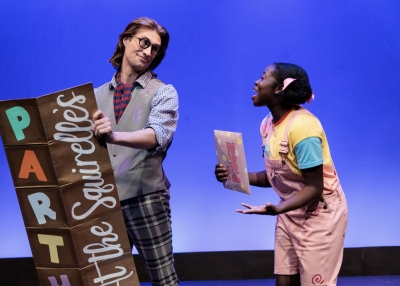 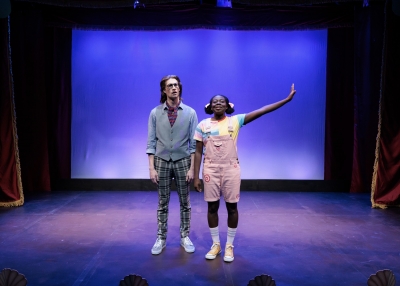 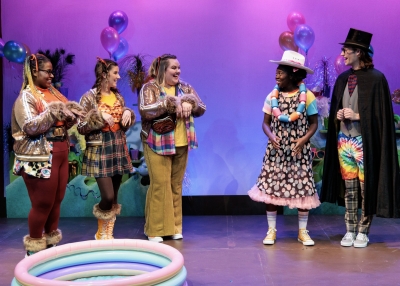 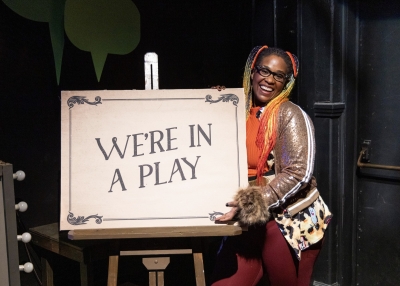 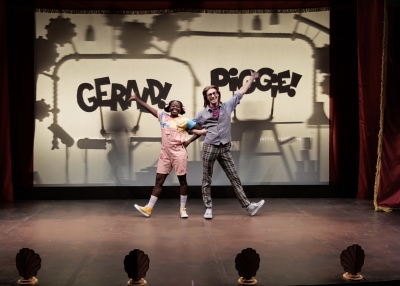 Comprising the cast of Elephant & Piggie's "We Are in a Play!" are Matthew Rudolph as Gerald the Elephant and Wendy Joseph as Piggie. They are joined by Madison Archibald, Talia Heiss, and Eva Merrill as the Squirelles. Joseph returns to SLAC after appearing in #SLACabaret and as part of SLAC's Understudy Program for Four Women Talking About the Man Under the Sheet. Rudolph and Merrill participated in the virtual reading of Daddy Issues in last season's New Play Sounding Series Festival. Archibald and Heiss make their respective SLAC debuts with this production.

Tickets for Elephant & Piggie’s “We Are in a Play!” are $10/household for a 48-hour streaming window and can be purchased starting December 20th at SLACDigital.AtHomeArts.org. As previously mentioned, the production will stream December 26—January 9.

Additional inquiries can be directed to SLAC’s Audience Relationship Team by contacting 801-363-7522 or .

*The lighting designer for Elephant & Piggie's "We Are in a Play!" is represented by United Scenic Artists Local USA 829 of the IATSE.