It’s a comic catastrophe when Karla, a crass comedian and Don, a sad super-nerd meet at the bedsides of their dying mothers. There’s nothing less funny in the world than cancer…except when it’s hilarious.

Front Row Reviewers of Utah (September 18, 2018): A Funny Thing Happened on the Way to the Gynecologic Oncology Unit at Memorial Sloan Kettering Cancer Center of New York City at Salt Lake Acting Company Gets You Giggling for Hours but Thinking for Days

HALLEY FEIFFER (Playwright) is a New York-based writer and actress. Her full-length plays include I'M GONNA PRAY FOR YOU SO HARD (World Premiere Atlantic Theater Company — January 2015, dir. Trip Cullman), HOW TO MAKE FRIENDS AND THEN KILL THEM (World Premiere Rattlestick Playwrights Theatre — 2014, dir. Kip Fagan), SIDNEY AND LAURA, and A FUNNY THING HAPPENED ON THE WAY TO THE GYNECOLOGIC ONCOLOGY UNIT AT MEMORIAL SLOAN-KETTERING CANCER CENTER. She is currently a writer on the Starz series THE ONE PERCENT. Her plays have been produced, commissioned and developed by Manhattan Theatre Club, Second Stage, New York Theatre Workshop, LAByrinth Theater Company, The O’Neill, The Orchard Project, Berkshire Theatre Group, Naked Angels, Cape Cod Theatre Project, SPACE on Ryder Farm, Keen Company, Partial Comfort Productions and the Amoralists. She is currently working on a stage adaption of THE BOY KINGS, Kate Losse's memoir about working at Facebook during its rising year. Halley is an alumna of terraNOVA’s Groundbreakers Playwrights’ Group, a former resident writer for Blue Man Group, former Playwright in Residence at Stella Adler Studio and a winner of the Young Playwrights Competition and the Lotos Foundation Prize. She is currently under commission by Manhattan Theatre Club/The Sloan Foundation, Jen Hoguet Productions and Playwrights Horizons. Her work is published by Dramatists Play Service, Overlook Press, Vintage Books, Applause Books, and Smith & Kraus. Halley co-wrote and starred in the 2013 film HE'S WAY MORE FAMOUS THAN YOU, and co-created and stars in the web series WHAT'S YOUR EMERGENCY for Stage17.tv (both directed by Michael Urie). As an actress, she has appeared in Jon Robin Baitz’ THE SUBSTANCE OF FIRE (Second Stage), Ethan Coen's WOMEN OR NOTHING (Atlantic, dir. David Cromer), Kenneth Lonergan’s MEDIEVAL PLAY (Signature, dir. Kenneth Lonergan), the Broadway revival of John Guare’s THE HOUSE OF BLUE LEAVES (dir. David Cromer), Kim Rosenstock’s TIGERS BE STILL (Roundabout; Drama League Nom., dir. Sam Gold), HBO’s BORED TO DEATH and MILDRED PIERCE, and the films THE SQUID AND THE WHALE, MARGOT AT THE WEDDING, and GENTLEMEN BRONCOS. She holds a BA from Wesleyan University.

SARAH SHIPPOBOTHAM (Director) is a Professor in Acting, Dialects and Voice at the University of Utah. Sarah trained as an actor at The Welsh College of Music and Drama in Wales before gaining a Postgraduate Diploma in Voice Studies from The Central School of Speech and Drama in London. Sarah is thrilled to be making her professional directing debut here at SLAC. Prior to this she has directed many shows for the U including: OUR COUNTRY’S GOOD, ARCADIA, THE IMPORTANCE OF BEING EARNEST, ROMEO AND JULIET and THE ROCKY HORROR SHOW. As an actor Sarah was last seen at SLAC in TRIBES and she has been in THE CURIOUS INCIDENT OF THE DOG IN THE NIGHT-TIME, KING CHARLES III and THE CRUCIBLE at Pioneer Theatre Company. She is also a Voice and Dialect Coach.

THOMAS GEORGE (Scenic Design) is a scenic designer and artist based in Salt Lake City. He currently teaches set design at the University of Utah and works on productions locally and around the world. He holds an MFA from UC San Diego and a BFA from the University of Utah. Recent local credits include THE TRUE STORY OF THE 3 LITTLE PIGS, SURELY GOODNESS AND MERCY, DIARY OF A WORM A SPIDER, AND A FLY, CLIMBING WITH TIGERS, and STUPID F*CKING BIRD at Salt Lake Acting Company, VIRTUE, BASED ON A TRUE STORY, and KINGDOM of HEAVEN at Plan-B Theatre Company, SILENT SKY, MARY AND MYRA, SLEMA ’65, and MOCKINGBIRD for Pygmalion Theatre Company, THE BEAUTIFUL GAME, and DOGFIGHT at The University of Utah, and AN ENEMY OF THE PEOPLE, HØÜSES, and POOR BASTARD for UK based Riot Act Theatre.

LA BEENE (Costume Design) is an Assistant Professor of Costume Design at Utah Valley University. She has an MFA in Costume Design and Technology and has taught at the University of Utah, Brigham Young University and the University of North Carolina Charlotte. Her recent credits include THE SEAGULL at UVU, JUMP at Plan B Theatre Co., THE MUSIC MAN at Sundance Summer Theatre, ANNE OF GREEN GABLES at BYU, AMAZING GRACE with Utah Festival Opera and Music Theatre, and MARY POPPINS with Center Stage Youth Performers where she is the resident costume designer. She is thrilled to be designing with SLAC.

CYNTHIA L. KEHR REES (Sound Design) is thrilled to be part of Salt Lake Acting Company's production team for A FUNNY THING HAPPENED.... Ms. Rees' most recent collaborations with Salt Lake Acting Company include MERCURY, WINTER, COURSE 86B IN THE CATALOGUE, THE PERSIAN QUARTER, CHARM, ANGELS IN AMERICA, PART 1: MILLENNIUM APPROACHES, and THE OVERWHELMING. Other theatres where you may have heard Ms. Rees' work locally include Utah Musical Theatre, Park City Egyptian Theatre Company, and The Grand Theatre. Her regional design credits include designs for Alabama Shakespeare Festival, Arena Stage, Cincinnati Playhouse in the Park, The National Theatre in Washington D.C., and Seaside Music Theatre. Cynthia received a BFA in Theatrical Design and Technology from Otterbein College, and an MFA in Sound Design from the College-Conservatory of Music at the University of Cincinnati. Ms. Rees is a member of USA local 829 designers union.

JAMES K LARSEN (Lighting Design) is delighted to be debuting his first design with SLAC on this production. He has been designing for the last twelve years with companies including: Ballet West, Repertory Dance Theatre, Ririe Woodbury Dance Co., Tandy Beal and Co., Pygmalion Theatre Co., SALT Dance Co., and University of Utah Modern Dance and Ballet Departments. James recently finished a year of touring the world with the amazing Lindsey Stirling to be hired full time as the Head Electrician for Ballet West. When he’s not Designing or working for I.A.T.S.E. as a union stage hand, you will find him travelling dirt roads and laying in his hammock around the amazing wilderness that surrounds us.

WILLIAM RICHARDSON (Stage Manager) is honored to return to SLAC after managing THE TRUE STORY OF THE 3 LITTLE PIGS and DIARY OF A WORM, A SPIDER, AND A FLY along with the Davey Foundation reading of SYNCHRONICITY and the NPSS reading of THE SQUIRRELS, as well as sound board op for HARBUR GATE. He managed and tech directed THRILLER for Odyssey Dance Theatre at the Browning Center in Ogden, the Ellen Eccles Theatre in Logan, and Kingsbury Hall in SLC for three years. Other credits include con·tem·POE·rar·y (Meat & Potato Theatre), PIPPI LONGSTOCKING and HONK!, JR. (Egyptian YouTheatre), and ASSASSINS, RING OF FIRE and JEKYLL & HYDE (Dark Horse Company Theatre) among others including SNAPSHOTS (Repertory Dance Theatre). William also designed lights for the Utah Premiere of CANDY & DOROTHY with In The Now Productions. B.A., Musical Theatre, Weber State University. Proud member, Actor's Equity Association. theatrebywill.com 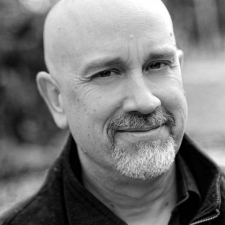 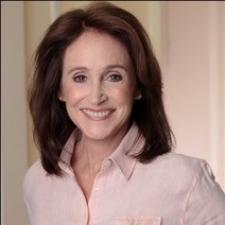 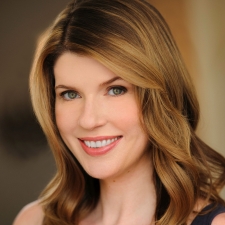 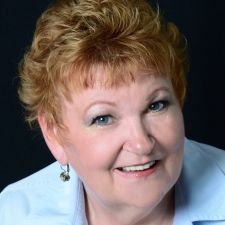 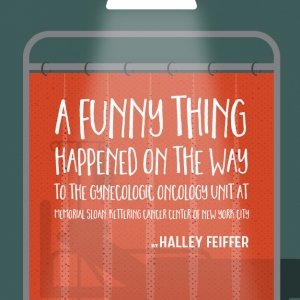