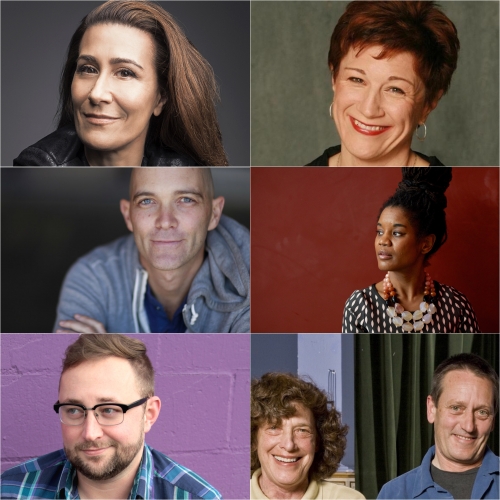 “SLAC’s 17/18 season will take us to new places theatrically and thematically. Once again, our audiences will see things on SLAC’s stage they’ve never seen before. The stories of next season come in exciting and eclectic forms and we are thrilled to continue to stretch ourselves artistically. In a beautiful mix of smart comedies, thoughtful dramas, and a riveting musical, our 47th season is sure to be one of SLAC’s finest.”
- Cynthia Fleming, Executive Artistic Director

In an under-funded African-American school in Newark, New Jersey, a twelve-year old Bible-toting, motherless outcast with a photographic memory meets a sixty-year old childless woman who works in the school cafeteria. Against all odds, together, they teach and learn the real meaning of life.

Sunlight though the kitchen window… everything looks so lovely. So normal. Just Fine. Everything is just fine. Except that people are disappearing, there’s blood, oceans of blood, bears in the back yard and Mercury is in retrograde. A horror comedy of outrageous proportions.

There are two sides to every story, and when the Big, Bad Wolf takes the stand in Piggsylvania's Trial of the Century, he finally gets his say. But whether he'll get a fair trial in a corrupt piggy court is anyone's guess. Will the pigs' splashy puppet show make a puppet out of justice, or is the wolf's catchy song and dance about a sneeze gone wrong all razzle-dazzle? Enter the jury box and decide the fate of Big 'n' Bad in this musical adaptation of the hit children's book.

Chaos reigns in this gender bending comedy about the most dysfunctional family in America. A dishonorably discharged vet returns home to a mother liberated from an oppressive marriage, a sister on “mones” in the process of changing genders, and a father asleep in a clown costume. And nobody is doing the dishes anymore.

This Tony Award-winning musical, set in three stages of a woman’s life, tells a universal detective story about a child’s search to discover what is really going on with her parents as they hold up the perfect family façade. Heart-gripping songs about sexual awakening, repressed emotions, deep secrets, yearning, resentment, love. Home.