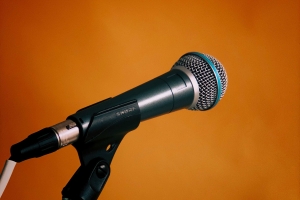 The final play selected for SLAC’s festival is EGRESS by Melissa Crespo and Sarah Saltwick. Saltwick describes EGRESS as follows:

You are an expert on safety, but you no longer feel safe. You have just moved to a small college town to teach architecture, but you realize that your nightmares have followed you. And now, uncertainty lies around every corner. EGRESS is a provocative psychological thriller that draws us into the mind of a woman struggling to face her fears.

A multifaceted theatre artist, Melissa Crespo directed the NPSS Festival presentation of HAIRY & SHERRI, as well as SLAC’s 2019 world premiere of Charly Evon Simpson’s FORM OF A GIRL UNKNOWN. She has developed work at LAByrinth Theater Company, New Dramatists, The Lark and many other theatres across the country. Sarah Saltwick is a graduate of the Michener Center for Writers at UT Austin and was a Jerome Fellow at the Playwrights’ Center in Minneapolis. Her plays have been produced or developed by Cleveland Playhouse, the Lark, the Vortex, and many others. EGRESS is currently to have its world premiere later this year at Amphibian Stage in Fort Worth, TX.

“It's such a gift to be able to work on EGRESS at Salt Lake Acting Company. One of my favorite things about making theater is the alchemy that happens within a creative team,” stated Co-writer Saltwick. “Every reading, every rehearsal process, becomes its own unique event. I am craving creative spaces these days, I think we all are. I'm excited to see what is revealed by this process.” 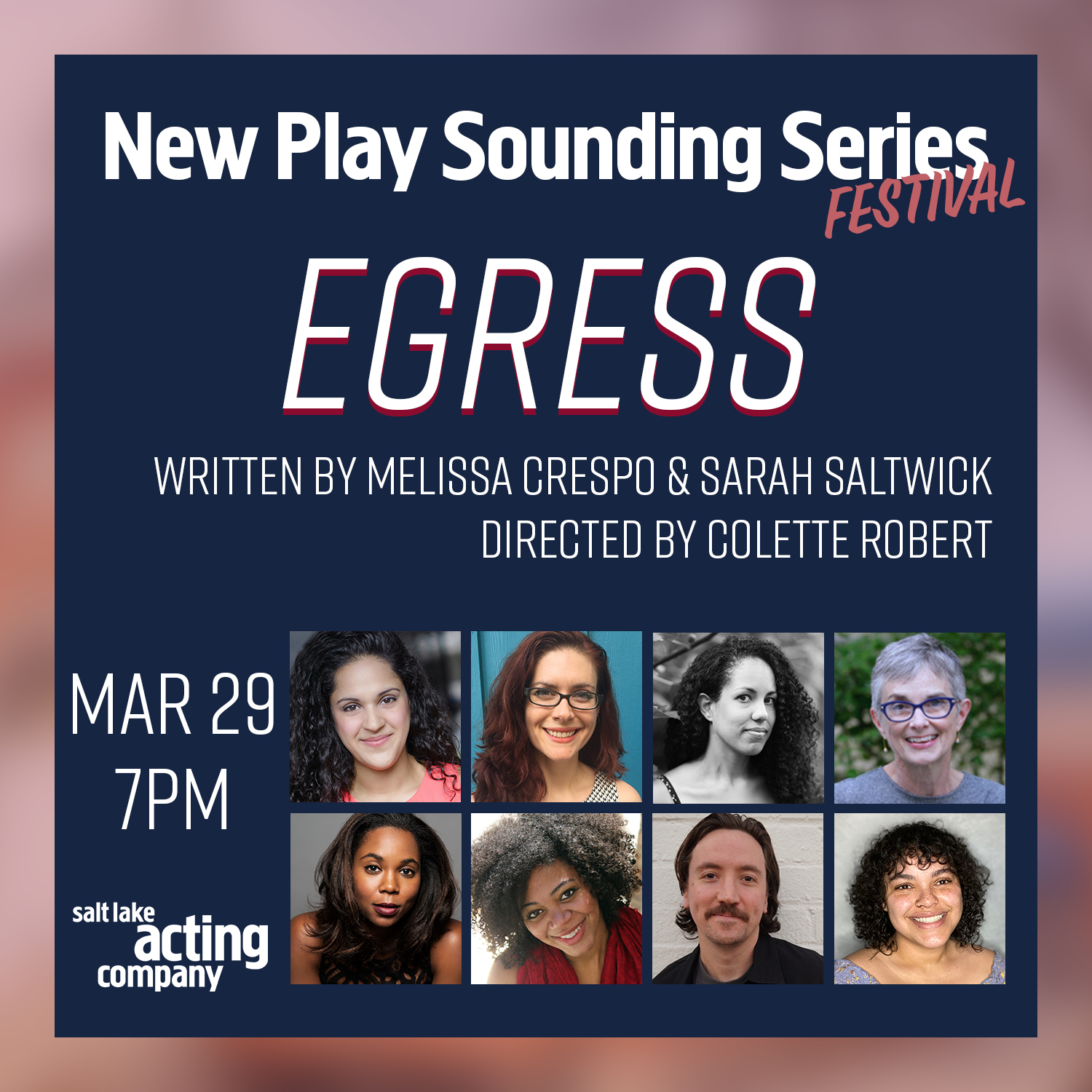 Appearing in EGRESS are SLAC alumni Austin Archer (SILENT DANCER) as Man and Latoya Cameron (FOUR WOMEN TALKING ABOUT THE MAN UNDER THE SHEET) as Woman. Naomi Lorrain, a Harlem-based artist who has appeared onstage at Ensemble Studio Theatre and Williamstown Theatre Festival, makes her virtual SLAC debut as You. Massachusetts-based Janice Paran serves as dramaturg, Taylor Wallace will read stage directions, and Jennie Sant is stage manager.

The NPSS Festival reading of EGRESS is free to the public and will take place Monday, March 29th at 7pm via Zoom. Attendees can register via this link.

To further SLAC’s commitment to making theatre accessible to all, open captioning will be provided through Otter. Those seeking assistance with accommodation requests can contact SLAC’s Accessibility Coordinator, Natalie Keezer at or by calling 801-363-7522.

SLAC acknowledges the Jarvis and Constance Doctorow Family Foundation for their generous support of the New Play Sounding Series. The second play selected for SLAC’s festival is HAIRY & SHERRI by Adrienne Dawes, a self-described “Afro-Latina playwright, producer, and teaching artist originally from Austin, TX.” Dawes, who received her bachelor’s degree from Sarah Lawrence College, studied sketch comedy and improv at Chicago’s Second City. In addition to being a company member of Austin’s Salvage Vanguard Theater, her work has been developed and/or produced around the world; including LA’s Sacred Fools, English Theatre Berlin, National Black Theatre, B Street Theatre, and many others. Dawes describes HAIRY & SHERRI as follows:

Hairy and Sherri (Sharon) are an “adorkable” interracial couple living in gentrified East Austin. When they very graciously and publicly open their home to Ryshi, a 12-year-old former foster care youth with special needs, Hairy and Sherri are confronted with the ugly realities of their marriage and “good” intentions.

"I am so grateful for the invitation to develop new work with SLAC. This workshop has provided precious resources (like a professional director, dedicated dramaturg, and stage manager) that can be difficult to come by, especially when self-producing,” said Dawes. “I feel an abundance of support from collaborators (new and old) to grow my play-in-progress. I'm excited to see where this exploration and collaboration leads." 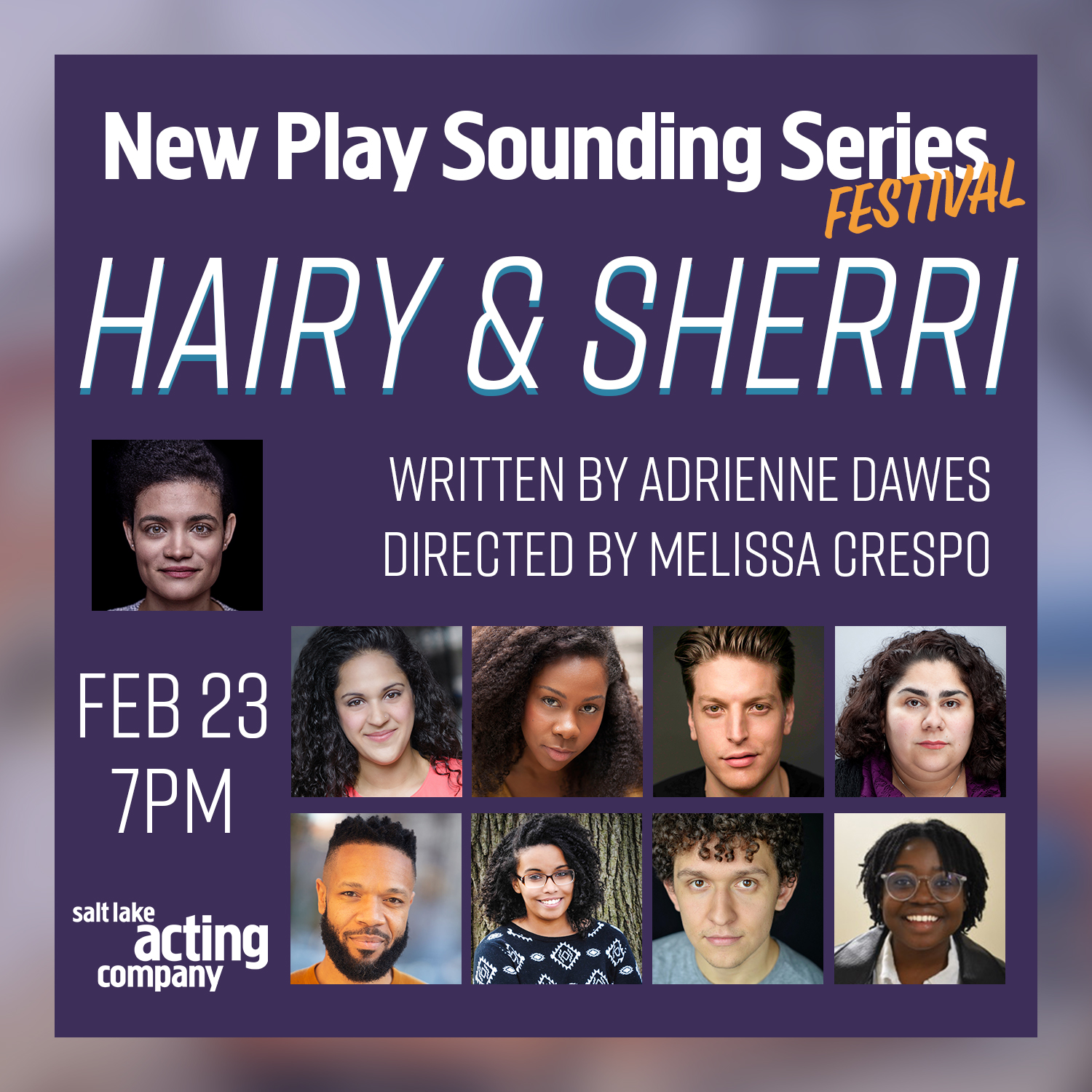 Making her directorial return (albeit virtually) to SLAC is Melissa Crespo, who helmed the theatre company’s world premiere of Charly Evon Simpson’s FORM OF A GIRL UNKNOWN in 2019. Proving to be one of the nation’s most sought-after directors, Crespo has developed work at LAByrinth Theater Company, New Dramatists, The Lark and many other theatres across the country. She is a Usual Suspect at New York Theatre Workshop and received her MFA in Directing from The New School for Drama (where is also a faculty member).

The NPSS Festival reading of HAIRY & SHERRI is free to the public and will take place Tuesday, January 23rd at 7pm via Zoom. Attendees can register here.

To further SLAC’s commitment to making theatre accessible to all, open captioning will be provided through Otter.ai. Those seeking assistance with accommodation requests can contact SLAC’s Accessibility Coordinator, Natalie Keezer at or by calling 801-363-7522.