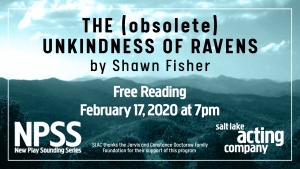 As our record-breaking New Play Sounding Series enters its 26th year of nurturing exciting works from some of the country's most gifted voices, we're pleased to announce the February 17th reading of local playwright Shawn Fisher's new play, THE (obsolete) UNKINDNESS OF RAVENS. 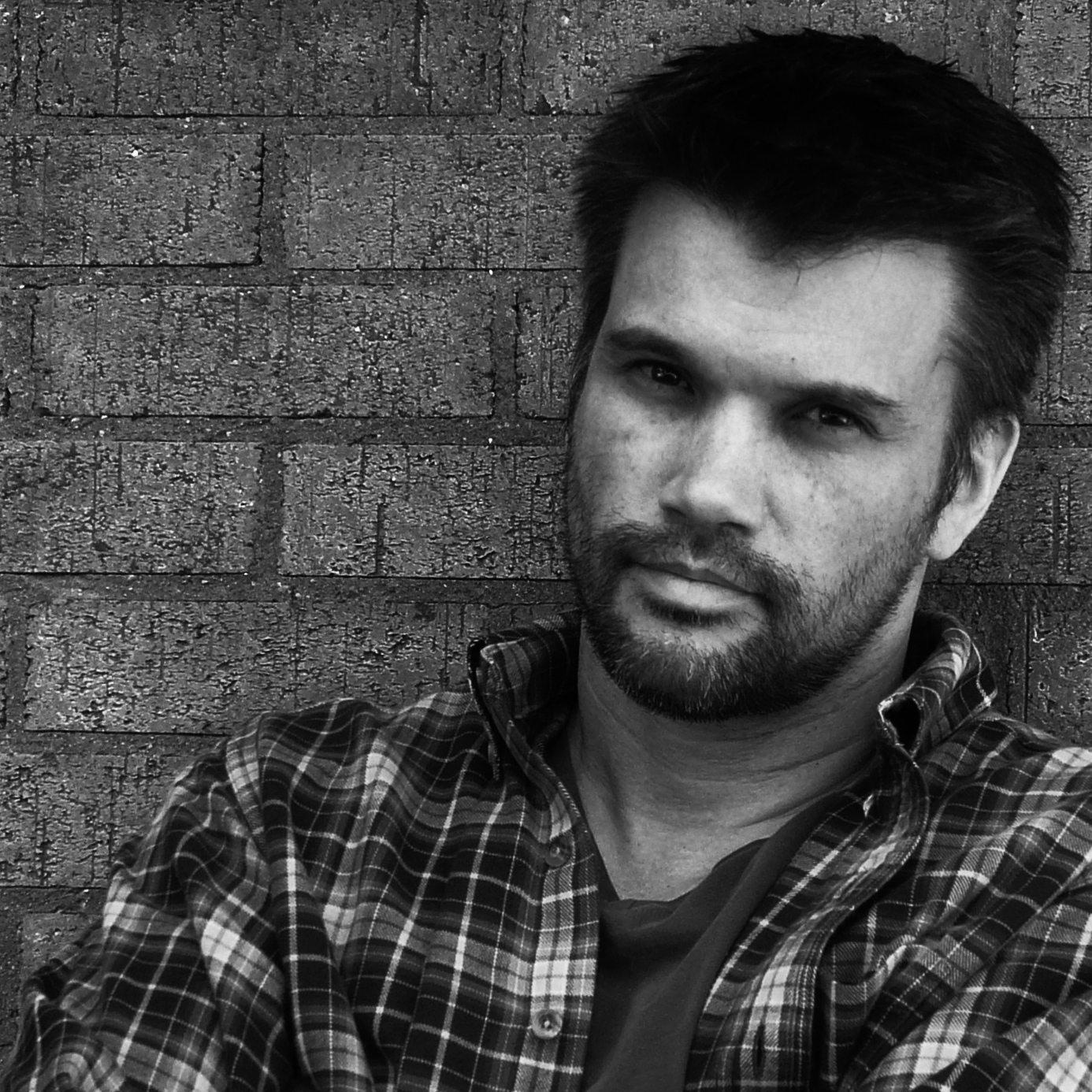 After many miles and days of hiking through relentless rain, six waterlogged strangers converge on a tiny mountain shelter that they are forced to share. Deb, a wilderness-loving professor of ornithology, and her wife Marley, an urban food truck chef are journeying to save their marriage by rediscovering why these two opposites fell in love in the first place. "Brando" is about to be kicked out of college and takes his awkward fantasy-loving younger step-brother, Paul, into the mountains where they discover the meaning of strength, loyalty and brotherhood. Bee, an impulsive 16 year old, and her new 40-year-old companion Edward travel the trail together, until their relationship is challenged by Bee and the others at the camp. As they each attempt to dry out and struggle for their own small patch of relief, they soon discover that some journeys are not meant to be taken alone.

THE (obsolete) UNKINDNESS OF RAVENS marks Fisher’s fourth play to receive a NPSS reading. According to the playwright, “It’s easy to convince myself that something I have written is either fabulous or disastrous, both of which are almost always wrong. There is always something worth keeping and something that needs changing, but until we experience an audience’s response and hear their feedback, it’s a lot of guesswork.” In regard to the importance of feedback from SLAC patrons, Fisher adds, “[the audiences] truly give us a sense of how the plays are being received. This is the most vital final link between the private process of sitting alone at the keyboard and a fully produced public performance of a play. I am so grateful that SLAC and the supporters of the New Play Sounding Series give us the time, space, and support to do this.” 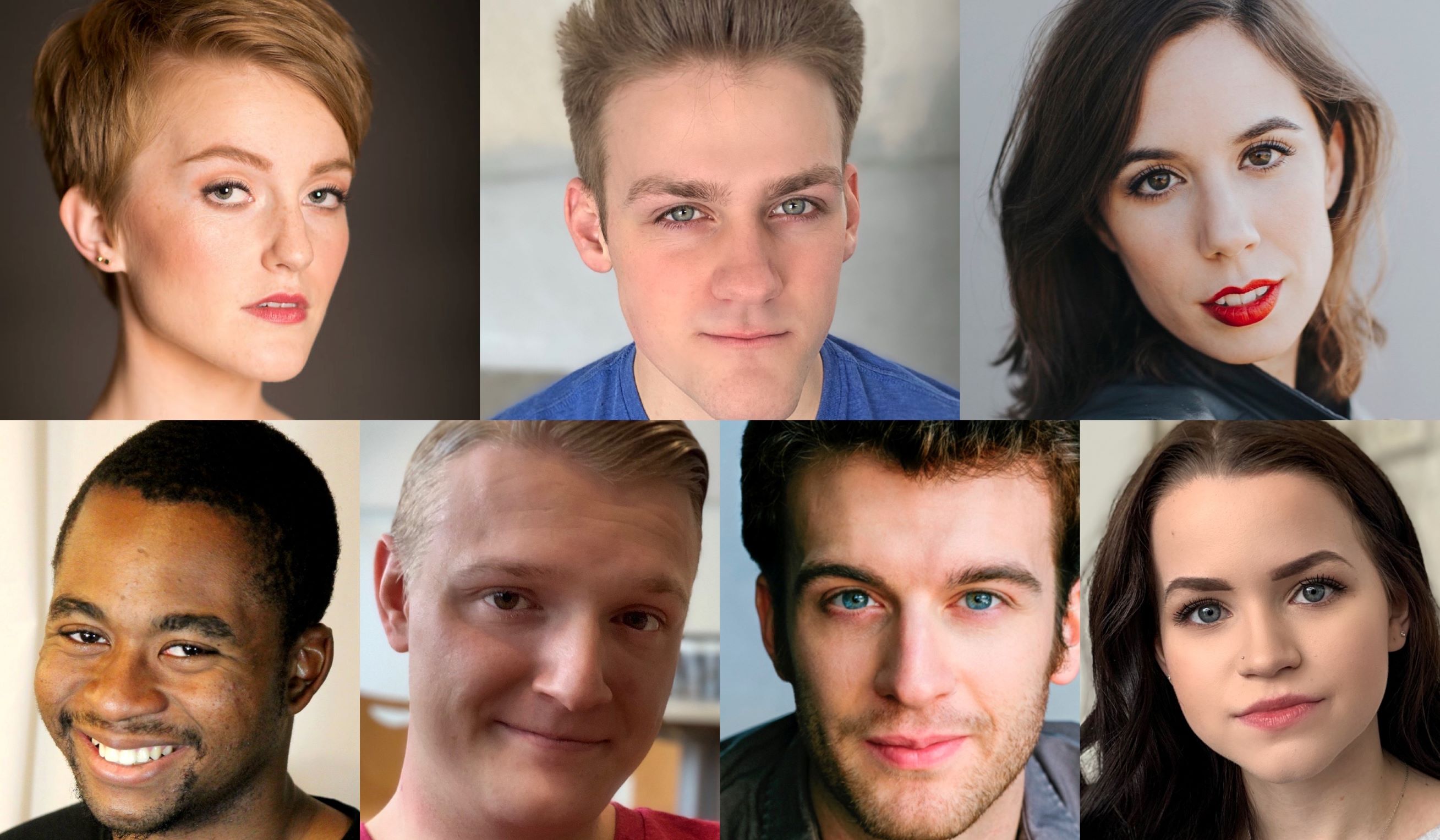 Founded in 1994, Salt Lake Acting Company’s New Play Sounding Series (NPSS) is the longest-running reading series of its kind in Utah. Past works that have been workshopped in the NPSS to later receive full productions at SLAC (and elsewhere) include SILENT DANCER and HARBUR GATE by Kathleen Cahill, MERCURY by Steve Yockey, STAG’S LEAP by Sharon Olds, THE AGONY AND THE ECSTASY OF STEVE JOBS by Mike Daisey, A SLIGHT DISCOMFORT by Jeff Metcalf, and THE RECEPTIONIST by Adam Bock. Elaine Jarvik’s FOUR WOMEN TALKING ABOUT THE MAN UNDER THE SHEET, featured during last season’s NPSS, will receive its world premiere at SLAC March 12-22, 2020.

THE (obsolete) UNKINDNESS OF RAVENS is free and open to the public. Reservations are required and can be made via SLAC’s website or by calling 801.363.7522.

for their generous support of the New Play Sounding Series.