These warriors are ready to take on any comer. Their minds move at warp speed, their emotions jostle for position, their bodies are fine-tuned, and their hormones are raging. It’s war out there on the girls’ soccer field. Get ready for The Wolves.

ALEXANDRA HARBOLD (Director) is thrilled to return to Salt Lake Acting Company. Previously, she directed TRIBES and the premieres of CLIMBING WITH TIGERS (SLAC, Flying Bobcat, & the Red Fred Project), (A MAN ENTERS), and THE PERSIAN QUARTER; and acted in HAND TO GOD, TWO STORIES, CIRCLE MIRROR TRANSFORMATION, SIX YEARS, and ICE GLEN. Upcoming projects include co-creating THE LIVE CREATURE & ETHEREAL THINGS (Flying Bobcat in collaboration with Ririe-Woodbury Dance Company), directing THE RIVALS (Babcock Theatre) and staged readings of AT THE BOTTOM (Pinnacle Acting Company) and DONNA (Plan-B Theatre); and dramaturging SWEAT (Pioneer Theatre Company). Harbold is Co-Founder/Co-Artistic Director of Flying Bobcat Theatrical Laboratory and an Assistant Professor of Directing in the University of Utah's Department of Theatre. www.alexandraharbold.com

ERIK REICHERT (Set Design) is honored to design his second set at Salt Lake Acting Company. Erik studied music composition at Cal State Fullerton before moving to Salt Lake City. Rejecting music, he embarked on a career in floristry which he continues to this day. Through flowers he was introduced to production design and worked on Touched by an Angel and High School Musical among other shows and films. Ever restless he started a sushi catering company only to be bought out by a local night club where he became head chef and eventual manager. Thoroughly finished with the nightlife he started with SLAC in 2014 as a carpenter and was recently promoted to Construction Supervisor. His first foray into theater set design was last season’s STAG’S LEAP. Erik is currently learning the Xaio flute and practicing music again.

WILLIAM PETERSON (Light Design) is the Master Electrician at SLAC, and is so pleased to design his third show at SLAC, having designed last season’s SURELY GOODNESS AND MERCY and STAG’S LEAP. Past theatre design credits in the area include AMERICAN IDIOT, IN THE HEIGHTS, THE MOUNTAINTOP, THE NETHER, PIRATED, 35MM, DAMN YANKEES, SHE LOVES ME, and GIRL OF GLASS. In 2016, he received the National Barbizon Award for Excellence in Lighting Design from the Kennedy Center for his work on Weber State University’s 9 CIRCLES. William is the Technical Director/Stage Manager for Ririe-Woodbury Dance Company, with whom he frequently tours nationally and internationally. He holds a BA in Theatre Arts – Design/Tech from Weber State University and works as the Production Stage Manager for California State University Summer Arts, and Resident Lighting Designer for Good Company Theatre in Ogden. He is semi-fluent in Czech, and 40-word fluent in Mongolian and Korean, and enjoys trail-running, traveling, and working in the arts in all its forms. www.william-peterson.com

KERSTIN DAVIS (Costume Design) is thrilled to design her first show at Salt Lake Acting Company. Her previous costume design credits are OUR COUNTRY’S GOOD (Babcock Theater), ECLIPSED (Studio 115), and YOU NEVER CAN TELL (Babcock Theatre). In addition to costume design, she has been acting around the Salt Lake Valley for over 20 years for several companies. This includes Desert Star Playhouse, Off-Broadway Theater, and the Egyptian Theatre. She also voiced the title role in the pc game 13 Cards to Midnight, and its sequel 13 Cards to Dead Time. She would like to thank her beautiful family for supporting her through everything.

JENNIFER JACKSON (Composer/Sound Designer) is excited to return for another season with SLAC. Previous design and/or original music credits include ROMEO AND JULIET (Yale Repertory Theatre); HIR, HAND TO GOD, HARBUR GATE, BULL SHARK ATTACK, STREETLIGHT WOODPECKER, BLACKBERRY WINTER, TWO STORIES (Salt Lake Acting Company); TWELFTH NIGHT, THE LAST FIVE YEARS, A MIDSUMMER NIGHT'S DREAM, HENRY IV, PART I (Salt Lake Shakespeare); ION (Westminster College) and THE ORPHAN (Children of an Idle Brain Theatre Company - of which she is a founding member). Her sound installations have been exhibited at the Yale University Art Gallery and the University of Utah. Jennifer holds an MFA from Yale School of Drama and is on the faculty of the University of Utah Department of Theatre where her credits include LOVE'S LABOUR'S LOST, THE TWO NOBLE KINSMEN, GOOD KIDS, and SCHOOL FOR LIES. jenjacksonsound.com

JANICE JENSON (Prop Design) started working at Salt Lake Acting Company seven years ago and currently serves as SLAC's Producing Director. She is a proud member of Actor’s Equity Association and has stage managed over twenty shows at SLAC, including the last seven SATURDAY’S VOYEUR’s. Previously, Janice has worked at Park City’s Egyptian Theatre, Dark Horse Company Theatre, Plan-B, and Tuacahn Center for the Arts. In 2008 Janice was selected as a USITT Stage Management Mentee, where she stage managed THE HISTORY OF DRAG. Janice has a Masters in Community Leadership from Westminster College and a Bachelors in Theatre Arts Studies with an emphasis in stage management from Brigham Young University. She is also currently teaching stage management at Utah State University.

CATHERINE HEINER (Dramaturg) is delighted to be working on her first production at SLAC! After completing HBAs in Writing and Rhetoric and Theatre Studies at the University of Utah, she went on to receive her MA in Literary and Cultural Studies from Carnegie Mellon University this spring. This year she has presented research at the American Theatre in Higher Education Conference, the Comparative Drama Conference, and the University of Wisconsin-Madison Theatre and Drama Graduate Student Conference. Her work in dramaturgy has included productions of AS YOU LIKE IT (Univ. of Utah, Studio 115), AMERICAN IDIOT (Univ. of Utah, Marriott Center for Dance), SELF DEFENSE, OR DEATH OF SOME SALESMEN (Univ. of Utah, Studio 115), and ECLIPSED (Univ. of Utah, Studio 115), which was honored at by the Region VIII Kennedy Center American College Theatre Festival in 2018. She has also received staged readings of her plays STUFFING SEASON and SHOTS FIRED (accepted thesis for the Honors College) through the University of Utah New Play Workshop, and her play IN SPITE OF OURSELVES was produced by Wit’s End Theatre Company at the Great Salt Lake Fringe Festival.

JOE MURRAY (Soccer Consultant) When Joe heard that his wife, Andra, would be directing The Wolves, he was delighted to volunteer as soccer coach. Joe has been playing organized soccer since he was seven years old. He moved from Ireland to the US on a soccer scholarship, playing with the University of Illinois at Springfield. He has continued to play with club teams since college, and currently plays with Blak Pijeon FC in the O-40 and O-46 Utah Adult Soccer leagues. While he has coached underage competitive and recreational soccer teams in his 20s, including a high school boys team in Illinois, the Wolves has been a different and unique coaching experience. He has thoroughly enjoyed working with this talented and enthusiastic cast. Go Wolves!

JUSTIN IVIE* (Stage Manager) is a proud member of Actors’ Equity who is thrilled be a part of SLAC’s 48th season! This is Justin’s sixth time stage managing for SLAC (STREETLIGHT WOODPECKER, WINTER, HAND TO GOD, MERCURY, FUN HOME) and SLAC audiences may recognize him from his acting work as Dev in STUPID F*CKING BIRD, Jones in TOO MUCH MEMORY, and a ten-time cast member of SATURDAY’S VOYEUR. Justin has also directed SLAC’s readings of GRANT & TWAIN and BANG-BANG (PAUSE) BANG and will be directing this season’s production of THE CAKE. Justin has performed professionally for three decades (and counting) on stages across Utah. A Weber State University alumnus, Justin went on to earn his MFA in Acting at Northern Illinois University. He’s taught theatre and communications at LDS Business College, NIU, Triton College, and Weber State. Justin also designs scenery, props and theatrical masks, writes an occasional play, and sometimes even plays his banjo (when he's pretty sure no one is listening).

KATELYN LIMBER* (Assistant Stage Manager) is a recent graduate of Westminster College with a BFA in theatre performance. She is thrilled to have the opportunity to work with SLAC again. Her previous credits with SLAC include MERCURY (Assistant Sound Designer) and two heightened readings: REYKJAVIK (Sound Designer), and REMARKABLY NORMAL (Sound Designer). She has also sound designed for Pinnacle Acting Company (THE IMPORTANCE OF BEING EARNEST, TITUS ANDRONICUS, GIDEON'S KNOT) and Westminster College (LUNA GALE, OUR COUNTRY'S GOOD, LOVE AND INFORMATION, and DON JUAN COMES BACK FROM THE WAR.)

KATE HUNTER (Assistant Sound Design) is ecstatic to be working on THE WOLVES! Kate is a senior in the Theatre Studies program at The University of Utah, with interest and experience in Sound Design, Dramaturgy, and Stage Management. Previous U of U Theatre credits include UP (THE MAN IN THE FLYING CHAIR) (Sound Design) and CHESS (Dramaturgy). She looks forward to sound designing BIG LOVE this November in the Babcock Theatre. She would like to thank her wonderful mentor Jen Jackson and SLAC for this incredible opportunity.

ADRIANA LEMKE (Fight Choreography Consultant) began working at Salt Lake Acting Company in the Box Office last season. She is now Director of Audience Development. Adriana attended the University of Utah as part of the Actor Training Program and works as a Fight Director for local theatres. 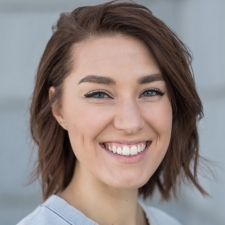 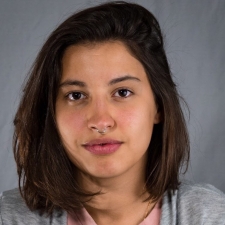 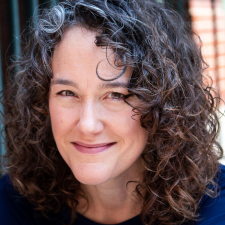 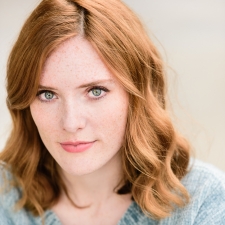 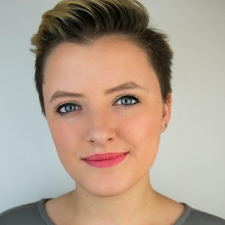 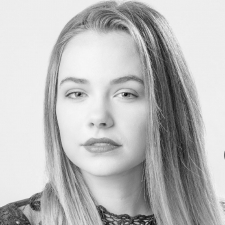 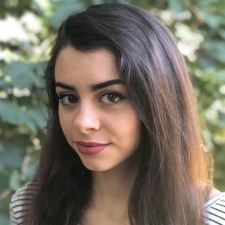 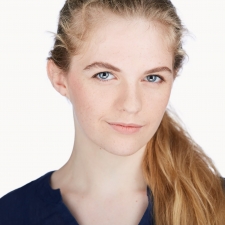 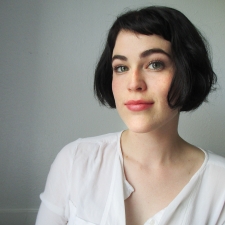 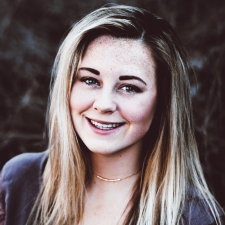 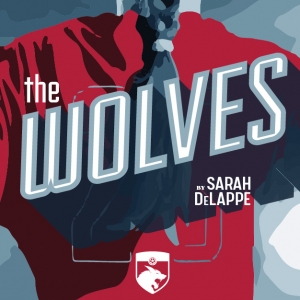