based on the graphic novel by Alison Bechdel

Set in three stages of a woman’s life, FUN HOME tells a universal detective story about a child’s search to discover what is really going on with her parents as they hold up the perfect family façade. Heart-gripping songs about sexual awakening, repressed emotions, deep secrets, yearning, resentment, love. Home.

JEANINE TESORI (Music) won the Tony Award for Best Original Score with Lisa Kron for the musical FUN HOME, which is currently playing on Broadway. She has also written Tony-nominated scores for TWELFTH NIGHT at Lincoln Center; THOROUGHLY MODERN MILLIE (lyrics, Dick Scanlan); CAROLINE, OR CHANGE (lyrics, Tony Kushner); and SHREK THE MUSICAL (lyrics, David Lindsay-Abaire). The production of CAROLINE, OR CHANGE at the National Theatre in London received the Olivier Award for Best New Musical. Her 1997 Off-Broadway musical VIOLET (lyrics, Brian Crawley) opened on Broadway in 2014 and garnered four Tony nominations, including Best Musical Revival. OPERA: A BLIZZARD ON MARBLEHEAD NECK (libretto, Tony Kushner; Glimmerglass) and THE LION, THE UNICORN, AND ME (libretto, J. D. McClatchy, Kennedy Center). Music for plays: MOTHER COURAGE (dir. George C. Wolfe, with Meryl Streep and Kevin Kline), John Guare’s A FREE MAN OF COLOR (Lincoln Center Theater, dir. George C. Wolfe), and ROMEO AND JULIET (Delacorte Gala). Film scores: Nights in Rodanthe, Every Day, and You’re Not You. Ms. Tesori is a member of the Dramatists Guild and was cited by the ASCAP as the first female composer to have “two new musicals running concurrently on Broadway.” She is the founding artistic director of Encores! Off-Center at New York City Center, and is a lecturer in music at Yale University. Most of all, she is the proud parent of Siena Rafter, a senior at LaGuardia High School for the Arts.

LISA KRON (Book and Lyrics) is a writer and performer whose work has been widely produced in New York, regionally, and internationally. Her plays include WELL, 2.5 MINUTE RIDE, and The VER**ZON PLAY. She wrote the book and lyrics for the musical FUN HOME (with music by composer Jeanine Tesori), winner of five 2015 Tony Awards including Best Musical. Lisa and Jeanine were the first all-woman team to ever receive a Tony for best score. As an actor Lisa was most recently seen as Mrs. Mi-Tzu and Mrs. Yang in the Foundry Theater’s acclaimed production of GOOD PERSON OF SZECHUAN (Lortel Award, Outstanding Featured Atress). Honors include a Guggenheim fellowship, a Doris Duke Performing Artists Award, and the Cal Arts/Alpert Award. She is a proud founding member of the OBIE- and Bessie-Award-winning collaborative theater company The Five Lesbian Brothers. Lisa currently serves as Secretary of the Dramatists Guild Council and on the boards of the McDowell Colony and the Lilly Awards.

JASON BOWCUTT (Director) is thrilled to be working with Salt Lake Acting Company once again. His previous directing credits include: ONE BIG UNION by Debora Threedy, MARRY CHRISTMAS by Elaine Jarvik and ADAM AND STEVE AND THE EMPTY SEA by Matthew Greene for Plan-B Theatre Company; THE OTHER PLACE and [TITLE OF SHOW] for Utah Repertory Theatre Company; REASONS TO BE PRETTY for the U of U Theatre Lab, and Lisa Krons’ WELL  for Pygmalion Productions. In Utah he has acted in Plan-B’s BASED ON A TRUE STORY, and END OF THE HORIZON, Pioneer Theatre Company’s ONE FLEW OVER THE CUCKOO’S NEST and, long ago, Salt Lake Acting Company’s LA CAGE AUX FOLLES. Jason has worked for a number of Theatres across the country including: The Guthrie Theatre, McCarter Theatre, Shakespeare Theatre, Signature Theatre, Cincinnati Playhouse in the Park, and many others. In New York he played Nathan Leopold in John Logan’s NEVER THE SINNER for which he was nominated for a Helen Hayes Award as well as a Drama Desk Award for his work. Jason is one of the Co-Founding Directors of the New York Innovative Theatre Foundation (the IT Awards), a community-building organization for the Off-Off-Broadway Theatre community.

PENELOPE CAYWOOD (Choreographer) is thrilled to be a part of the creative team for FUN HOME. Past directing projects at SLAC include THE TRUE STORY OF THE THREE LITTLE PIGS, DIARY OF A WORM, A SPIDER, AND A FLY, ART DOG, A YEAR WITH FROG AND TOAD, CAT IN THE HAT, CLICK CLACK MOO: COWS THAT TYPE, HOW I BECAME A PIRATE, and IF YOU GIVE A MOUSE A COOKIE.  Penny is a freelance director and choreographer in the Salt Lake Area and the Artistic Director of University of Utah Youth Theatre.  She also presents at numerous arts integration and elementary classroom teacher training workshops. Because of her unique position at the University of Utah, she also teaches university courses for pre-service education majors.www.youththeatre.utah.edu  www.teacherinthewings.com

MICHAEL J. HOREJSI (Light Design) is an Assistant Professor in the Performing Arts Design Program in the Department of Theatre at The University of Utah, where he teaches Lighting Design, Video & Multi Media Design, and Drawing & Rendering. He has an MFA in Design and Technical Theatre from The University of Minnesota. Michael has extensive National and International Touring experience with Arena and Theater Shows, as well as sporting spectaculars such as The NBA All Star Jam Session, and The USA Swimming Olympic Trials. Michael has worked as a technician and designer for theatres including; Oregon Festival of American Music, The Guthrie Theatre, The Milwaukee Repertory Theatre, American Players Theatre, The Great American History Theatre, and others.

NANCY HILLS (Costume Design) was born in a Studebaker in San Mateo, California. She is a Full Professor at Utah State University and head of the Theatre Costume Design program at USU’s Caine College of the Arts. Her favorite plays to design are period pieces which include LES LIAISONS DANGEREUSES, GOOD NIGHT DESDEMONA, GOOD MORNING JULIET, PRIDE AND PREJUDICE, AMADEUS, TO KILL A MOCKINGBIRD, A LITTLE NIGHT MUSIC, THE MISER, ENCHANTED APRIL, OUR COUNTRY’S GOOD, EMMA, MUCH ADO ABOUT NOTHING, and THE MISER. She also designed at the Artist Repertory Theatre in Portland, Oregon including NEXT TO NORMAL, AND SO IT GOES, THE PLAYBOY OF THE WESTERN WORLD, and BLITHE SPIRIT and the Salt Lake Acting Company world premieres of STREETLIGHT WOODPECKER and WINTER. In 2013 she was the recipient of the Janet Arnold Award from the Society of Antiquaries in London where she was funded to take patterns from two historic clothing collections in Herefordshire; the Hereford Museum and Art Gallery housed at the Resource Center in Hereford and the Charles Wade collection housed at Berrington Hall in Leominster United Kingdom.  Both Berrington Hall and The Hereford Museum hosted exhibits of white garments made from the patterns.  Those exhibits were called Symphony in White and Shades of White.  A Utah exhibit of the Shades of White garments will be on display at USU’s Tippets Art Gallery in the fall of 2018. In 2013 Nancy give a TEDxTalk, which can be found on YouTube on the impact of WWII on clothing called, Make Do and Mend. She is the mother of twin sons, Douglas and Tristan.

JUSTIN IVIE* (Stage Manager) is a proud member of Actors’ Equity who is thrilled be a part of SLAC’s 47th season! This is Justin’s fifth time stage managing for SLAC (STREETLIGHT WOODPECKER, WINTER, HAND TO GOD, MERCURY) and SLAC audiences may recognize him from his acting work as Dev in STUPID F*CKING BIRD, Jones in TOO MUCH MEMORY, and a nine-time cast member of SATURDAY’S VOYEUR. Justin has also directed SLAC’s readings of GRANT & TWAIN and BANG-BANG (PAUSE) BANG. His many other local acting credits include appearances with Pioneer Theatre Company, Utah Musical Theatre, Egyptian Theatre Company, and Old Lyric Repertory Theatre. As a director, he has staged DRIVING MISS DAISY and many seasons of THE SENIOR THEATRE PROJECT and SENIOR STAGES for Walk-Ons, Inc. He’s also directed Arthur Miller’s THE PRICE for The OtherSide Players and JACOB MARLEY’S CHRISTMAS CAROL for OurSpace Theatre Company. A Weber State alumnus, Justin earned his MFA in Acting at Northern Illinois University. He has taught theatre and communications at LDS Business College, NIU, Triton College, and Weber State. Justin also designs scenery, props and theatrical masks, writes an occasional play, and sometimes even plays his banjo (when he's pretty sure no one is listening).

HOLLY FOWERS (Assistant Director) is thrilled to be working with Jason again after assistant directing THE OTHER PLACE  with him at Utah Repertory Theatre.  FUN HOME is a crackerjack of a musical and she has loved every minute spent working on it with this great cast and crew. As an actor, some of Holly' past stage credits include ION with the Greek Theatre Festival; TITUS ANDRONICUS and COMEDY OF ERRORS  with Pinnacle Acting Company; and BOOM, SATURDAY’S VOYEUR, and the staged reading SYNCHRONICITY with Salt Lake Acting Company.

WILLIAM RICHARDSON (Assistant Stage Manager) is delighted to be back at SLAC after managing THE TRUE STORY OF THE THREE LITTLE PIGS and DIARY OF A WORM, A SPIDER, AND A FLY; readings of Robert Askins’ THE SQUIRRELS as well as Brynne Frauenhoffer’s SYNCHRONICITY with the Davey Foundation; and sound board operating for the World Premiere of Kathleen Cahill’s HARBUR GATE. SM credits include con•tem•POE•rar•y with Meat & Potato Theatre; ASSASSINS, RING OF FIRE, and JEKYLL & HYDE with Dark Horse Company Theatre; PIPPI LONGSTOCKING, HONK, JR.!, and more with Egyptian YouTheatre. He recently designed lights for PASSION at Good Company Theatre, and has been the Stage Manager and Technical Director for THRILLER with Odyssey Dance Theatre for the last three years. Proud member of Actors’ Equity Association. theatrebywill.com

STIRLING BRENNA (Assistant Set Design) has been a scenic designer and artist  for over four years. He started in theatre as a performer, where he won several state awards. He has worked for the Lyric Repertory Company, Utah Festival Opera and Musical Theatre, and Hale Center Theater. Working on FUN HOME is a dream come true and can't wait to see it all come together. 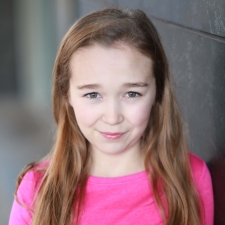 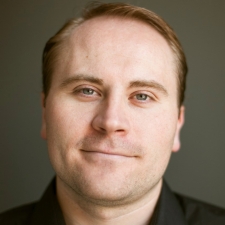 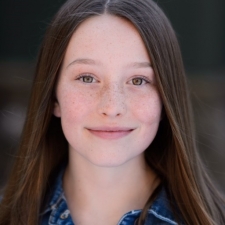 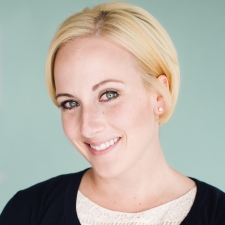 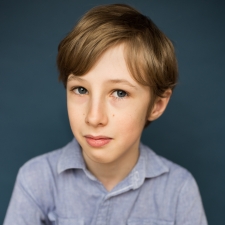 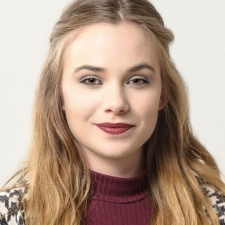 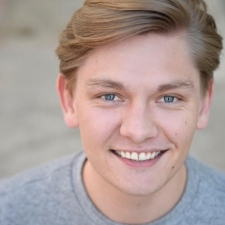 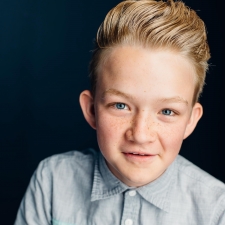 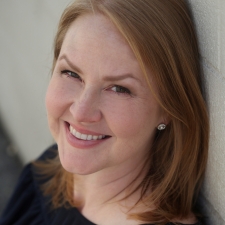 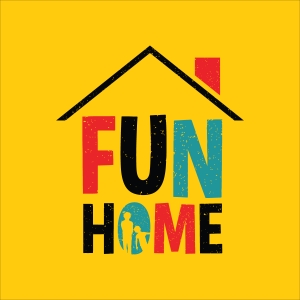