Adapted for the stage by Troy Deutsch. Based on the book by Nathan Glad & Dallas Graham in collaboration with Flying Bobcat Theatrical Laboratory & The Red Fred Project

STREAMING only on SLAC DIGITAL

Pay What You Can | Free Gift to Subscribers

Four years after its world premiere at SLAC, CLIMBING WITH TIGERS returns in a Salt Lake Acting Company first: an interactive streaming experience combining footage from the original production and an all-new educational component directed by Penelope Caywood. Through a captivating combination of music, storytelling, animation, and film, CLIMBING WITH TIGERS tells the story of a little black bird named Blue who dreams of one day being able to fly.

TROY DEUTSCH (Playwright) is a playwright and filmmaker from rural Minnesota living in New York City. He studied with Nicky Silver as part of The Vineyard Theatre’s Fall Playwriting Workshop. His short film BROWN FISH, based on his short play, played 15 festivals, winning the Most Original Film Award from Blackbird Film Festival and the Audience Award for Best Experimental Short from the Adirondack Film Festival. Troy’s one woman show about Donald Trump’s mom, ORANGUTAN, premiered at the Broadwater Theater in Los Angeles as part of the Hollywood Fringe, and won the “Best of the Broadwater Award.” His play BULL SHARK ATTACK received its world premiere at Salt Lake Acting Company and was part of SLAC's New Play Sounding Series and SLAC's Playwrights' Lab. Troy's play CLIMBING WITH TIGERS also premiered at SLAC. Troy’s three-act family drama THE ROSE GARDEN, a semi-finalist for the O’Neill Playwriting Conference, received a week-long developmental workshop at American Theater Company in Chicago. His play LAKE WATER, a semi-finalist for the O’Neill Playwriting Conference, was developed at The New Group through the New Group/New Works Reading Series and received its world premiere at IRT Theater. Training: BFA from the University of Utah Actor Training Program.

ALEXANDRA HARBOLD (Director, Co-Founder and Co-Artistic Director of Flying Bobcat Theatrical Laboratory) Previously at SLAC, Harbold directed DEATH OF A DRIVER, THE WOLVES, TRIBES, the premieres of (a man enters) and THE PERSIAN QUARTER, and several NPSS readings; and acted in HAND TO GOD, TWO STORIES, CIRCLE MIRROR TRANSFORMATION, SIX YEARS, and ICE GLEN. Recent projects also include directing the livestream production of THE NIGHT WITCHES (University of Utah), the premiere of AT THE BOTTOM (Pinnacle Acting Company), and co-creating THE LIVE CREATURE AND ETHEREAL THINGS, Flying Bobcat’s collaboration with Daniel Charon and the Ririe-Woodbury Dance Company.  Harbold is Assistant Professor of Directing at the University of Utah. Education: Masters, University of London Goldsmiths College; BA, Middlebury College, Vermont; SITI Summer Intensive, Skidmore College, New York; and BADA Midsummer at Oxford, Balliol College. Ever thanks to the whole creative force of CLIMBING WITH TIGERS and to Salt Lake Acting Company for being a creative home.

JAROM NEUMANN (Digital Artist/Animator) graduated from Brigham Young University's animation program in 2015. He was the producer for BYU's 2014 short film Bothered, and editor for BYU's 2015 academy award winning Ram's Horn. Since then, Jarom has worked for various clients ranging from animations for Studio C to storyboards for potential live action Disney films. He currently works as an animation project lead in the video game industry. Jarom is husband to the love of his life, Kara, and father to their almost 2-year-old, Eleanor.

KEVIN MATHIE (Composer / Music Director) is pleased to be back at SLAC, even if it is only virtually this year. He has been part of the SLAC family since the 1990s. He was the music director / arranger for SATURDAY'S VOYEUR (2009-2016), the music director for other SLAC productions, like ART DOG, and finally, the composer for CLIMBING WITH TIGERS. Audiences may also remember him as the resident music director for The Grand Theatre (2002-2015). Kevin now lives in Los Angeles where he works as a music director for productions at the Hollywood Fringe Festival, etc., and as a composer for theater, film, and television. His most recent television credits include additional music for the Young and the Restless. He has won "Best Music" at various film festivals for his work on numerous independent films. He has also written the music for 7 musical theater shows that have been produced on stage. His most recent collaboration is for a new musical, THE PLOT TO KILL CHARLIE CHAPLIN, which will see the stage once the pandemic ends.

ADAM DAY (Sound Designer) has a BFA in Performing Arts Design from the University of Utah.

JESSE PORTILLO (Lighting Designer) is a freelance lighting designer based in southern California and is excited to work with SLAC for his 11th season. Previous SLAC credits include SATURDAY’S VOYEUR, HARBUR GATE, THE PERSIAN QUARTER, CLIMBING WITH TIGERS and PINKALICIOUS. Recent productions include THE BROTHERS SIZE for Ancram Opera in Ancram, New York, and GUYS AND DOLLS for Arizona Broadway Theatre. He has designed for many companies in Utah including Plan-B Theatre, Pioneer Theater, Repertory Dance Theatre, New Century Dance Project, Samba Fogo, and Utah Festival Opera and Musical Theatre. He has also designed for PURE Theatre, LOOK Musical Theatre and Mobile Opera and has been a guest artist and lecturer at Baylor University, Idaho State University and Millikin University. He recently relocated to southern California and is an Assistant Professor at Cal Poly Pomona, and has previously held positions at the College of Charleston and the University of Utah. He is an active member of the United States Institute for Theatre Technology, serves on the steering committee for the Latinx Theatre Commons, and is a proud member of United Scenic Artists Local 829.

ANNIE BRANTLEY (Stage Manager) Annie is returning to SLAC for the second time and has spent the past decade working countless shows for several companies filling every production role imaginable. Favorite past productions include RED NOSES (Lighting), EQUUS (Sound), THE 25TH ANNUAL PUTNUM COUNTY SPELLING BEE (Lighting), GRACE (Stage manager), WHO’S AFRAID OF VIRGINIA WOOLF? (Stage Manager), NOISES OFF (Props), and AUGUST: OSAGE COUNTY (Stage manager). She earned her BFA in technical theater with an emphasis in stage management from Westminster College and was a technical director there for two years.

MARK HOFELING (Puppet Design and Fabrication) Mark Hofeling is a veteran designer in the film and television industry. While he finds the conceptual and managerial responsibilities of the film world immensely satisfying, he misses the hands-on craft that underpins all of showbiz. So, he was delighted to jump at the amazing invitation to create Thunder Tiger for SLAC’s production of CLIMBING WITH TIGERS. He considers it a great honor and responsibility to help bring this important vision into 3 dimensions, and thanks all involved for the opportunity to play in their space. 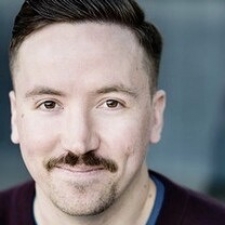 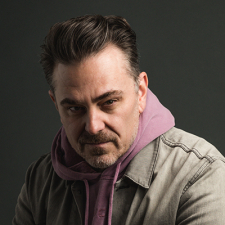 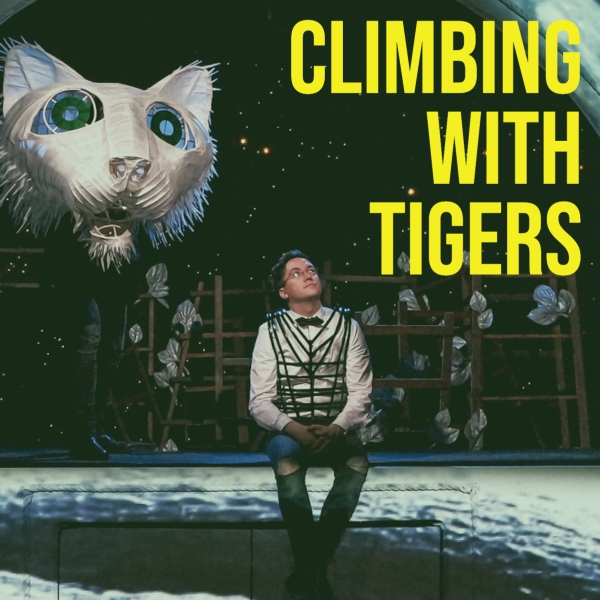