In this episode of A Cup of Joe with O, Olivia chats with actor S.A. Rogers about his performance as the Gray Mole in BLACKBERRY WINTER.

A Cup of Joe with O: April Fossen

Welcome to our 45th season! On this episode, Olivia chats with the remarkable April Fossen who plays the role of Vivienne Avery in BLACKBERRY WINTER by Steve Yockey.

BLACKBERRY WINTER runs through October 25th, so hurry and get your tickets now!

"Memories are the tiniest, most fragile of things," says the White Egret in Steve Yockey's "Blackberry Winter," making its world premiere at Salt Lake Acting Company as part of the National New Play Network. The egret is one of two characters in a creation myth invented by Vivienne Avery to help her deal with her mother's advancing Alzheimer's disease.

Vivienne, powerfully and poignantly portrayed by April Fossen, has had to become a "proactive family care manager" and has discovered "a need to be busy and distracted" to survive the shock of watching her once-vibrant mother, Rosemary, "disappear" into the disease. 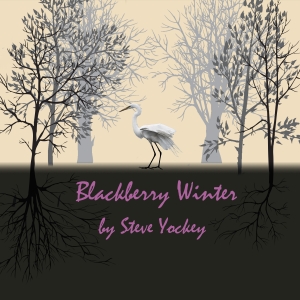