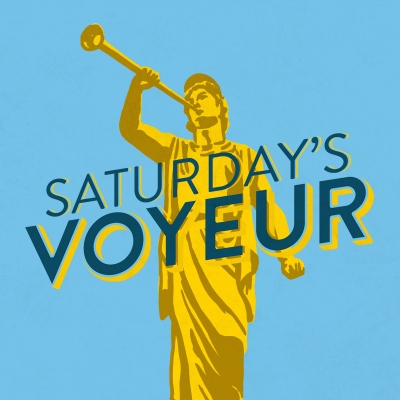 Utah’s favorite summer celebration, SATURDAY’S VOYEUR 2017 by Allen Nevins and Nancy Borgenicht will close out the season with a bang. Written new each year, this annual musical satire connects SLAC to the community like nothing else. You bring the picnic, we’ll bring the party.

CYNTHIA FLEMING (Director, Choreographer, Executive Artistic Director) has been in the world of dance and theatre professionally for over 38 years, during which time she performed in the Broadway, National and International companies with A CHORUS LINE. Since 1995 she has worn many hats at SLAC, including Choreographer, Director, Box Office Manager and Director of Audience Services. She developed SLAC’s high quality customer service titled: Mayberry meets Space Odyssey, which is the foundation for the record breaking number of subscribers. She conceived and created the position of Director of Communication and Audience Development and assembled the communication team to generate a renewed energy and excitement about the theatre. In 2010 she became Co-Executive Producer and is now honored to be SLAC’s Executive Artistic Director. Cynthia remains a working artist in the theatre and has choreographed many SLAC productions including SATURDAY’S VOYEUR for 15 years and directed/choreographed this musical for 6 years. Cynthia is proud to serve SLAC and its mission to engage and enrich community through brave contemporary theatre.

SHANNON MUSGRAVE (Assistant Director, Choreographer, Assoc. Artistic Director) has called SLAC her artistic home since 2008 and has been in her current position as Associate Artistic Director since 2014. Local directing credits include GIDION'S KNOT (Pinnacle Acting Company), HOW I LEARNED TO DRIVE (Great Salt Lake Fringe Festival), and SLAC's readings of BLEEDING HEARTS by Steve Yockey and LAURA AND THE SEA by Kate Tarker. This marks Shannon's fourth year assistant directing SATURDAY'S VOYEUR. (She appeared in the cast from 2009 – 2011.) She also assistant directed SLAC’s production of STUPID F***ING BIRD and is looking forward to directing SLAC's production of Steve Yockey's MERCURY this fall. Shannon holds her BA in Musical Theatre from Weber State University and her MA in Arts Management from American University in Washington D.C. In her time there, she worked in the Artistic Development department of Arena Stage, as a directing apprentice for the Kennedy Center’s Directing Intensive: Developing the New Play, and as the Executive Chair for American University’s Emerging Arts Leaders Symposium – a day-long conference for young arts leaders from around the country, produced in conjunction with National Arts Advocacy Day.

JANICE JENSEN (Production Stage Manager, Producing Director) is excited to be returning to stage manage her seventh SATURDAY’S VOYEUR. She has stage managed many SLAC favorites over the past five years, including TRIBES, MR. PERFECT, RAPTURE, BLISTER, BURN, 4000 MILES, GRANT & TWAIN, GOOD PEOPLE, THE EXIT INTERVIEW, HOW TO MAKE A ROPE SWING, BLOODY BLOODY ANDREW JACKSON, COURSE 86B IN THE CATALOGUE, DOTTIE: THE SISTER LIVES ON, GOD OF CARNAGE and CIRCLE MIRROR TRANSFORMATION. Previously, Janice stage managed for Dark Horse Theatre Company and the Egyptian and assisted stage managed at Tuacahn Center for the Arts and Plan B. Janice is a graduate of BYU and recently graduated with her Masters in Community Leadership from Westminster College. Janice also serves as both Producing Director and prop designer for Salt Lake Acting Company. She would like to thank Max for his support.

MICHAEL LEAVITT (Music Director) a native of Las Vegas, is returning to SATURDAY’S VOYEUR for his second year. As a graduate student in Collaborative Piano at the University of Utah, Michael is a vocal coach, accompanist as well as musical director in the opera, choral, and musical theater departments. Recently, Michael wrote a new one-act opera setting of CHARLES DICKENS’ A CHRISTMAS CAROL which premiered at the Grand Theater performed by the University of Utah Lyric Opera Ensemble. As associate conductor, Michael worked with Tony award winning soprano Audra McDonald for the Hale Center Theater Orem’s production of 110 IN THE SHADE. In addition, Michael has been the pianist, music director, and/or conductor for many musical theater and opera productions including: DIE FLEDERMAUS, AMAHL AND THE NIGHT VISITORS, LE NOZZE DE FIGARO, SMOKEY JOE’S CAFE, OKLAHOMA, AIDA, GUYS AND DOLLS, and more.

MICHAEL HOREJSI (Set Design) is excited to be returning to Saturday’s Voyeur for his second year! He is on Faculty in the Department of Theatre at The University of Utah, he has an MFA in Design and Technical Theatre from The University of Minnesota, has extensive National and International Touring experience with Arena and Theater Shows, as well as sporting spectaculars such as The NBA All Star Jam Session, and The USA Swimming Olympic Trials. Michael has worked as a technician and designer for theatres including ; Oregon Festival of American Music, The Guthrie Theatre, The Milwaukee Repertory Theatre, American Players Theatre, The History Theatre, and others.

HEIDI ORTEGA (Costume Design) Associate Professor of Costume Design for Murray State University in Murray KY. She earned her Master of Arts Degree in Theatrical Design & Production from Humboldt State University and her MFA in Costume Design at Virginia Commonwealth University. She has designed for film, theatre, dance & the Jr. Miss America Pageant. She has been designing for over 20 years. She is excited to be back for her second Voyeur! A few of her favorite shows include: HAIR (Egyptian Theatre), A MIDSUMMER NIGHT’S DREAM (YouTheatre at Egyptian Theatre Co.), ANTIGONE (Traveled in KY and IN), VOLUME OF SMOKE (World Premiere, VCU), FRANKENSTEIN, A FLEA IN HER EAR, THE PRINCESS AND THE PEA & THE JUNGLE BOOK (MSU). A CHORUS LINE, SMASH, PLAYING FOR TIME (Westminster), AN EVENING OF DARIO FO & FRANCA RAME (HSU), & THE UNDERPANTS (Redwood Curtain Theatre). Although she has taught and designed in Virginia, Utah, California, Kentucky, and as far away as Beijing China she has always considered Utah “home”. She has had a blast working on a staple of Utah Theater – Saturdays Voyeur! Thank you to her wonderful husband Daniel for being her strength and her crazy children for all the snuggle time.

JESSE PORTILLO (Projection Design) is happy to return to SLAC for his ninth season. Previous SLAC productions include HARBUR GATE, DIARY OF A WORM, A SPIDER AND A FLY, CLIMBING WITH TIGERS, STREET LIGHT WOODPECKER, TWO STORIES, RED, THE PERSIAN QUARTER, HOW TO MAKE A ROPE SWING, and A YEAR WITH FROG AND TOAD. Other design credits include productions for Plan-B Theatre, Utah Festival Opera and Musical Theater, Pioneer Theatre Company, Egyptian Theatre Company, LOOK Musical Theatre, Idaho State University, Baylor University, Millikin University and Mobile Opera. Portillo holds an MFA in Lighting Design from Indiana University, and is on the faculty of the University of Utah Department of Theatre. He is a member of the United States Institute for Theatre Technology and United Scenic Artists Local 829.

SHEA MADSON (Sound Design) is so excited to be back designing at SLAC! Some of her recent design credits are ECLIPSED , SELF DEFENSE , ANIMAL FARM (U of U), TRIBES, ARTDOG, and SATURDAY'S VOYUER 2015 (SLAC),YOU'RE A GOOD MAN CHARLIE BROWN (Salt Lake Shakespeare) RAPTURE BLISTER BURN, I'LL EAT YOU LAST (SLAC)  and BLUE STOCKINGS (U of U). She has also worked on SWEET CHARITY(Pioneer Theater). She would like to thank all of her family and friends for their love and support.

JENNIE PETT (Stage Manager) is excited to be working with Salt Lake Acting Company for the first time! Previous credits this year include MARY AND MYRA, ELEEMOSYNARY and SILENT SKY (PYGmalion Theater Company). She was involved in THE GREAT SALT LAKE FRINGE 2016 and WIT (Wasatch Theatre Company). In years past, she also Stage Managed SELMA 65, REMINGTON & WEASEL, HELLMAN V. MCCARTHY and MOTHERHOOD OUT LOUD, all for PYGmalion Theater Company. She would like to thank her family for all the love and support.

MARTIN C. ALCOCER (Assistant Stage Manager) is a senior in the Stage Management program at the University of Utah and is excited to be returning to SLAC! Previous credits as Assistant Stage Manager include, PUCCINI’S LA RONDINE (U of U School of Music), HELLO, DOLLY! (Kingsbury Hall), I'LL EAT YOU LAST..., SATURDAY'S VOYEUR 2016 (Salt Lake Acting Co), THE COUNT OF MONTE CRISTO, AND OLIVER! (Pioneer Theatre Company). Stage Management credits include THE TWO NOBLE KINSMEN (Babcock Theatre), SELF DEFENSE, OR DEATH OF SOME SALESMEN (Studio 115), TWELFTH NIGHT (Salt Lake Shakespeare), THE STINKY CHEESE MAN, THUMBELINA (University of Utah Youth Theatre) and multiple readings here at SLAC. Martin would like to thank everyone that has been there for him as he enters his final year at the U.

KELSEY PETERSEN (Assistant Stage Manager) is happy to be joining SLAC for this season’s production of Saturday’s Voyeur. She recently returned from Conway, Arkansas where she spent the summer as the Production Stage Manager at the Arkansas Shakespeare Theatre. Previous AST productions include: WEST SIDE STORY, FIDDLER ON THE ROOF, ROMEO AND JULIET, AND THE MERCHANT OF VENICE. Other selected credits include SWING! THE MUSICAL and THE MARVELOUS WONDERETTES at the Little Theatre of the Rockies; LET’S TWIST AGAIN, URBAN COWBOYS, and BY GERSHWIN at the Florida Studio Theatre; and AMERICAN IDIOT and THE LIAR at the University of Iowa Department of Theatre and Dance. She is a graduate of The University of Iowa Stage Management MFA Program and currently resides in Salt Lake City, UT. 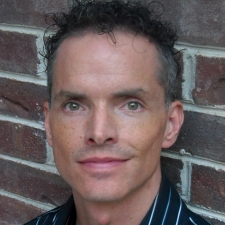 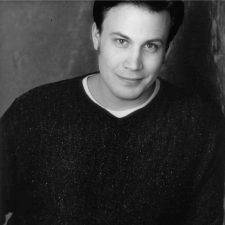 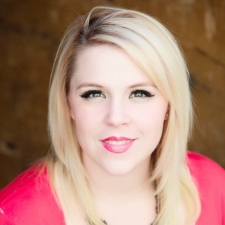 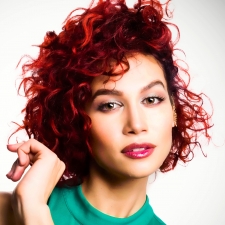 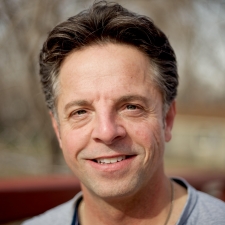 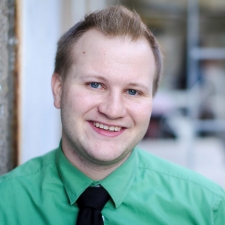 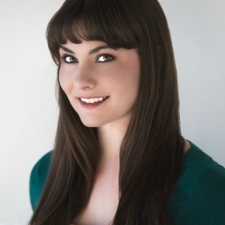 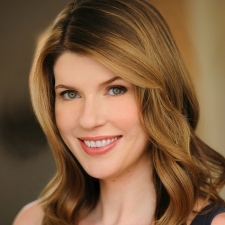 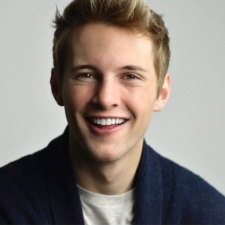 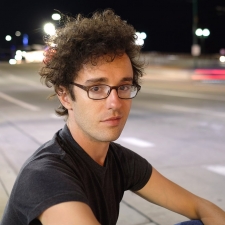 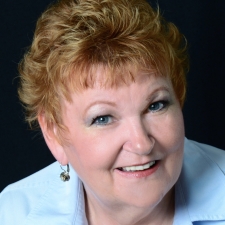 Annette Wright
back to top