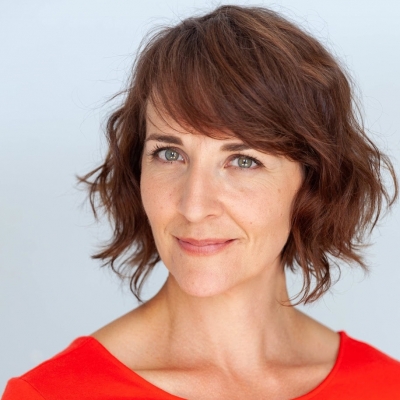 SUSANNA FLORENCE* (Helen) recently appeared at Salt Lake Acting Company in FORM OF A GIRL UNKNOWN. She has appeared in many shows at Pioneer Theatre Company including SWEAT, OSLO, TWELFTH NIGHT, KING CHARLES III, FIDDLER ON THE ROOF, and ONE MAN, TWO GUVNORS. Susanna loves working on new plays and has admired Elaine Jarvik as a playwright and human for many years. She was fortunate to work on the NPSS workshop of FOUR WOMEN TALKING ABOU THE MAN UNDER THE SHEET at SLAC. She has also participated in several Play-by-Play readings, including SPECULATOR SPIRITS, THE ENVELOPE, A MARCH TALE, HONOR KILLING and i; all at Pioneer. Other Utah credits include KINGS' MEN with The Sting & Honey Company, THE WEIRD PLAY, PILOT PROGRAM, and KINGDOM OF HEAVEN with Plan-B Theatre Company, and AS YOU LIKE IT, SHAKESPEARE IN LOVE, ROMEO AND JULIET, MARY POPPINS, and MUCH ADO ABOUT NOTHING with Utah Shakespeare Festival. She holds an MFA from the National Theater Conservatory. Warm thanks to Cynthia and Jason for this opportunity.