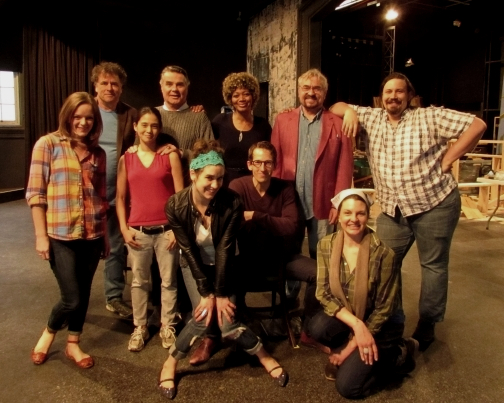 Most modern playwrights trace their heritage to Henrik Ibsen (1828–1906)(THE DOLL’S HOUSE, HEDDA GABLER) who is often called the father of realism. But the problem with these realistic plays is that they aren’t based in reality. Realism, along with romanticism and melodrama, depict a world populated by characters with Freudian self-knowledge. Characters who know exactly what they want, how to get it, and are willing to take action because they know that through their efforts success, catharsis and perhaps even happy endings are achievable. Oh, if only real life was anything like realism.

Other playwrights take a road less traveled - I like to count myself in this group - and draw inspiration from Anton Chekhov (1860-1904) (THE SEAGULL, THE CHERRY ORCHARD). Chekhov wrote about characters that stumble through life with little self-knowledge. Characters that more often than not have no idea what the hell they want and if they do they have no fu#@ing idea of how to achieve it. In this Chekhovian world, success and happy endings are chance events. And the only possible catharsis is laughter - if not for the characters, at least for audiences.

STUPID F***ING BIRD borrows characters and storylines from Chekhov’s THE SEAGULL (1896) in order to create a new play and shows that, in our postmodern world, Chekhov is more relevant than Ibsen. Welcome to a real that’s more real than realism. Welcome to Chekhov.

(Author of MR. PERFECT and THE EXIT INTERVIEW and director of STUPID F***ING BIRD)

More in this category: Announcing the 2016/2017 Season! Introducing Brynne Frauenhoffer